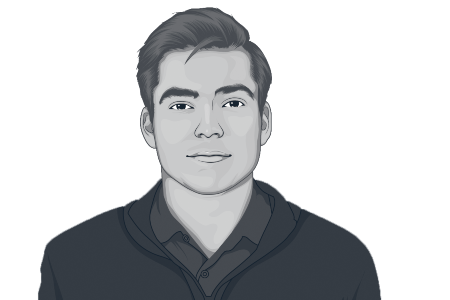 COVID is still here, but vaccines are underway—there’s plenty to be optimistic about. Merely comparing the S&P 500 index returns for Q1 in 2021 versus Q1 in 2020 is reason enough for optimism, with the market posting 6.2% this quarter compared to -19.58% during the same period last year.

In Q1 2021, we noticed that hedge fund related stories were making headlines more often than usual—from the GameStop saga at the dawn of 2021 to the Archegos repercussions in late March. Armed with the latest filings, we’ll explore both of these phenomena, along with the Tesla hype and how hedge funds have responded to vaccine manufacturers.

The research and analyses in this article were sourced using the Novus Platform’s 13F database. The SEC requires institutional investment managers with at least $100 million in assets under management to file a 13F, disclosing (long) US securities at a 45-day lag. Novus cleanses and harmonizes this dataset, and offers it as a supplemental subscription to investors, alongside their complete portfolio data & analytics solution.

Each quarter after filings, we share a few insights from this dataset with the investment community for free. You can request a free report here to access a deep-dive analysis on any 13F-filer’s Q1 2021 portfolio, powered by Novus analytics.

As the GME story was unfolding, 13F filings data could only help us speculate, as reported positions were based on Q3 2020. With the latest batch, we now can study how hedge funds reacted during and after Reddit pumped up the stock in a “short squeeze” effort to trap hedge funds. Below we present the hedge fund activity for GME during Q1 2021.

In Q1 of 2021, 70 hedge funds either sold or decreased their positions in GameStop, while only 8 funds entered the position. In monetary value, over $2.85bn of GameStop shares were sold during Q1. While this figure sheds light on the hedge fund industry’s stance on GameStop, it is even more thought-provoking that $2.79bn of these shares were sold by five funds.

Despite the situation being fueled by amateur-vs-professional forces, funds like Senvest Management who seized the opportunity were able to make tremendous profits. Senvest owned $53m of GameStop in November 2020, $1.6bn in January 2021 at peak of the frenzy, and $0 by March 2021.

Tesla is constantly in the news, partially because of its innovative battery powered cars, but mostly because of Elon Musk. After an incredible 2020 with 740% gains, shareholder activity has proven there might be some speculation about Tesla’s future. With 108 hedge funds either decreasing or selling their shares in Tesla, one may ask the question: why the retreat?

Michael Burry, founder of Scion Capital and predictor of the subprime mortgage crisis, voluntarily disclosed a $534m short position against Tesla on his Q1 2020 13F, banking on Tesla to underperform in the future.

Why is Michael Burry taking such a large short against Tesla? He’s stated that Tesla’s reliance on regulatory credits to generate profits is a red flag. With more automakers producing their own battery powered vehicles, Tesla’s ability to profit on the sale of regulatory credits could diminish, explains Burry.

With that said, big-name funds like Coatue Management and D.E. Shaw & Co. are still proudly in the ranks of Tesla’s top shareholders, with positions of $1.086bn and $1.018bn respectively. Coatue sold $350m in shares in Q1, whereas D.E. Shaw purchased $764m in shares.

We’ll see if Michael Burry banking on Tesla’s demise proves to be another contrarian win, or simply contrarian.

In Q1, we saw a clear trend around hedge funds redeeming from their positions in vaccine manufacturers. There are still questions on the long-term effects of the vaccines and their ability to tackle variants as they appear, so investor activity will be interesting to follow.

J&J’s single-dose rollout began March 1, but the side effects of the supposedly simple vaccine option have dampened consumer enthusiasm. This is more than likely the reason that Millennium Management, Senator Investment Group, Citadel Advisors, and Suvretta Capital Management all decreased their positions by over $130m.

Between Pfizer, Moderna, and Johnson & Johnson, Pfizer was the only vaccine stock that increased hedge fund ownership in Q1. Two Sigma Investments and Citadel Advisors made up a majority of the influx of capital with over $460m in shares purchased between the two. With that said, Point72 Asset Management and Suvretta Capital Management fully redeemed by selling $55m and $57m of shares respectively.

Two Sigma Investments is the largest hedge fund shareholder for both Pfizer and Johnson and Johnson, and increased their position in both during Q1. Two Sigma also had a fairly large investment in Moderna prior to Q1, but decreased that position by over $100m by the end of March. As the largest investor in two vaccine manufacturers, Two Sigma has tied themselves to the success of the COVID fight in the US.

The Archegos meltdown sent shock waves throughout the financial industry. Since Archegos was the family office of Bill Hwang, they were not required to file a 13F. By avoiding regulation, Archegos was able to hide highly concentrated, risky positions, leading them to default on their margin calls from several banks. Archegos’ collapse resulted in banks selling massive amounts of stocks to make up for the losses caused by Archegos. Two of these stocks were ViacomCBS and Baidu, who’s prices dipped with the fire sale, suddenly becoming attractive investments to some hedge funds…

In Q1 of 2021, Renaissance Technologies, Millennium Management, Laurion Capital Management, Soros Fund Management, and Appaloosa Management purchased more than $150m in ViacomCBS stock. None of these funds held more than $110,000 of the stock prior to Q1. These big-name funds likely saw the Archegos collapse as an opportunity and took advantage of it by buying the dip, days before Q1 ended.

Baidu is in a similar position to ViacomCBS now, with D.E. Shaw & Co., Citadel Advisors, Point72 Asset Management, Laurion Capital Management, and Millennium Management purchasing over $200m in shares of the stock. All of these funds had less than $200,000 of Baidu stock before Q1.

As you can see, there is some overlap with Millennium and Laurion purchasing large amounts of both ViacomCBS and Baidu. While the Archegos disaster took place at the end of Q1, seeing the quick nature of the large investments in Baidu and ViacomCBS demonstrated the skill of hedge funds to capitalize on uncommon, confusing financial events.

Request a free manager report built using 13F filings to get access to the highest preforming portfolios in the world.