Chevron is a gusher, Alphabet catches some Zs, Aristeia is growing 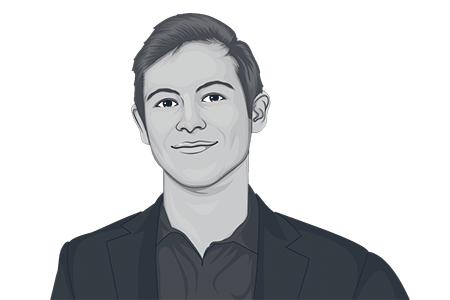 The top nine names within the SEI Novus Hedge Fund Universe (HFU) stayed the same over the third quarter of 2022. In fact, the order barely budged, according to regulatory filings updated by November 15.

While holding onto its third-place rank, Alphabet gave up 0.13 percentage points in terms of position size within the HFU. That might not sound like a lot, but it means $9 billion in market value.

Amazon gained the most value in the Hedge Fund Universe, rising from 34 billion last quarter to 38 billion this quarter. The newly ranked No. 4 went from 1.16% of the universe's position size to 1.36. Moving up two notches to No. 6 is Chevron, overtaking Coca-Cola as the top non-tech, non-financial name.

This apparently was at the expense of Meta Platforms, which exited the Top 10, plummeting precipitously to No. 11. Hedge fund managers have been dropping Mark Zuckerberg’s social media empire as if it were first-period Chemistry. Its position size withered from 0.77% to 0.63% as hedge fund managers sold off $18.4 billion worth of Facebook and Facebook-adjacent assets.

Apple remains, of course, unassailably atop the table as its position size increases from 4.85% to 5.11%. Permanent runner-up Microsoft gave up a bit of position size.

If you're looking for more insights from top hedge funds as well as aggregate trends, take a look at our Hedge Fund Ownership dashboard.

Managers in the News

If you don’t know who Robert Lynch is, he’s the managing partner of Aristeia Capital. If you’ve never heard of Aristeia, you’re not alone.

Few would expect you to. It has, at least until recently, been a quiet, middle-tier asset management firm in Greenwich, Conn. Lynch founded Aristeia in 1997 and, for the past quarter century, has done an exceptional job keeping his business—and himself—out of the headlines. Until recently.

Aristeia isn’t exactly trending on Tik Tok, but it’s been making some noise. According to Pensions & Investments magazine, it is the 58th-largest hedge fund manager of 2022, up from 63 for the previous year.

The multi-strategy player has a close relationship with Liberty Media and it’s getting closer. Over the course of the third quarter, Aristeia expanded its exposure to the conglomerate to the tune of $269 million. What’s noteworthy about that transaction is that some might say Liberty has a rather byzantine capital stack, and this essentially amounted to Aristeia trading in its non-voting shares for voting shares.

It has also put down some big bets on the Energy sector, maintaining its sizable Occidental Petroleum stake and establishing a position in Denbury. It recently sold off its Marathon Petroleum shares, according to its most recent 13F filing.

Aristeia also increased its exposure to several special purpose acquisition corporations, but some would say that the whole point of multistrats is to be what SPACs were attempting to be before their recent decline.

One thing that can be said about Lynch’s investment decisions: He’s not following the herd. The only other asset manager with which Aristeia has any significant overlap is Jimmy Levin’s Sculptor Capital Management.

Maybe that’s why it’s been doing so well. Aristeia has grown 345% over the past three years and as of 9/30/22 had assets under management just under $6 billion. While net inflows is a good portion of the story, there’s no ignoring the 569 bps of annualized alpha Lynch’s firm has been able to generate.

You can explore Aristeia on the SEI NovusSM platform free through the end of the quarter on our Manager Analysis Insights Dashboard.

Not to pile on, but we’d be remiss not to point out that Sam Bankman-Fried (SBF), the face of the FTX collapse, started out at Jane Street Capital. It’s a quiet place that curates ETFs and blue chips.

SBF then started up Alameda Capital, a quantitative trading firm specializing in crypto. It made, no doubt, boatloads of money. Of the 12 quant firms tracked by SEI Novus, eight have positive three-year AUM growth. PanAgora Asset Management, by far the largest with $17.1 billion AUM, has provided annualized returns of 1,082 bps. There seems to be money to be made in the quant game.

But, as reported elsewhere, Alameda made some bad bets, and Bankman-Fried’s other fiefdom, crypto exchange FTX, funneled capital to the asset management firm. That capital was supposed to be used as reserves in case of a run, which of course there was eventually.

While it’s unclear if any of the HFU’s major players have lost any big money on the FTX-Alameda debacle, pretty much everyone did from second-order effects. At this point, almost every institution owns some crypto, and the reported hits are not insignificant.

But a lot of institutional investors—as well as a slew of hobbyists—lost money directly, and there’s not a lot of sympathy to be had for them. Alameda’s and FTX’s sibling relationship was public information as well as widely known in crypto circles. FTX was under regulatory scrutiny—which is probably why it offshored to the Bahamas. Shortly after its founding, Alameda moved its headquarters to Hong Kong, likely for much the same reason. Because of this venue-shopping, there was no real recourse should anything go wrong, unlike with more compliance-minded exchanges like Binance US or Coinbase.

While Bankman-Fried’s net worth plunged by 90%, that means he’s still a billionaire, if barely. The FTX debacle resulted in a tangle of civil litigation, but a stay in the Crowbar Hotel is not out of the question. He’s in the Bahamas now and, despite the archipelago’s laxity around corporate governance, it very much has an extradition treaty with the U.S.

When ‘neutral’ is a positive

The whole point of hedge funds, originally, was to hedge—to find ways of making at least a little money when the broader market is losing. So now that we’re a year into a downward trend, they should all be raking it in for their investors, right?

Some are. We could cite examples of prodigious alpha being provided by activist, high-yield, event-driven and every other strategic specialty. There are even some very impressive equity long-shorts. But the closer you get to the knitting of what a hedge fund used to be, the more likely you are to find above-average results in today’s market.

Market neutrality is a hedge fund strategy designed to earn above-average returns regardless of prevailing market conditions. Tactics include offsetting long positions with shorts. This often involves leverage and arbitrage which, when combined with the shorting, adds risk and thus acts as a drag on alpha.

Even considering 13fs only reveal the long books, this group seems to meet the moment better than most strategies.

While 2022 was a dismal year for the stock market, it’s almost over. As we hang that new calendar on the wall, inflation seems to be slowing and the Federal Reserve has expressed a willingness to slow interest rate hikes. Better yet, the job market keeps expanding. Maybe this is the elusive “soft landing” we’re experiencing right now. We'll see how this strategy looks again following the next round of regulatory filings.

Explore more information like this theme and others, check out our Strategy League Tables dashboard.

When you think of hedge funds that specialize in a sector, you’re probably thinking of a firm in Bethesda, Md., headed up by people with dual MD-MBA degrees. Or maybe you’re thinking of an all-glass building in Palo Alto that looks like it could also function as an aquarium, filled with overcaffeinated tech bros who decided one day they’d rather make cash rather than options so they can buy their own foosball tables.

We believe this is outmoded thinking. Turns out, the most successful sector for hedge fund specialization is also the most prosaic: consumer goods. All five of the consumer-specialized funds SEI Novus tracks have positive alpha over the past three years.

The most effective is 1060 Capital Management which is, probably not coincidentally, the smallest. It has only $43 million under management. 1060 places big bets on small-cap companies, historically in the Consumer Discretionary space, but lately with more exposure to Real Estate. Monarch Casino & Resort accounts for the majority of its portfolio.

The largest is Interval Partners, with $2.3 billion under management, deployed at 207 different positions. It’s actually a stretch to call it a consumer specialist, considering how much exposure it has to the Financial and Industrial sectors. Still, a hedge fund with no Health Care names and only token investment in Information Technology apparently qualifies. And, after all, its biggest holding is TJX Companies, owner of TJ Maxx, Marshalls and HomeGoods, the three retailers that have frugal consumers everywhere telling their friends, “Don’t be such a snob—they got good stuff!”

The fastest-growing consumer specialist is Stormborn Capital Management, whose AUM grew 347.3% in three years to $276 million. Stormborn’s biggest bet is on Deckers Outdoor, which makes UGGs. That’s not an acronym; it’s a brand of boot. We wouldn’t be caught dead, but others swear by them.

Explore more information like this on our Specialization League Tables dashboard.

Survival of the Fittest

Now that you’ve perused 13F filings data, it may be time to take a closer look at your own (or your manager’s) portfolio. Check out our Hedge Fund Survival Guide.

Technology services provided by SEI through its affiliates and subsidiaries

SEI Novus is not an investment advisor, broker dealer, or financial institution and does not offer or provide advice regarding analysis of securities or effecting transactions in securities.  SEI Novus does not endorse or promote any mentioned investment management firm or any fund managed by any such firm.  The purpose of the information herein is to demonstrate the capabilities of the SEI Novus Platform.

Certain of SEI Investments Company (the “Affiliates) provide multiple different advisory services and sponsors many different investment products. In so far as any of the firms or products discussed herein are utilized by the Affiliates for their own investment services or products, SEI maybe incentivized to favor or disfavor such firm or product in these materials, which represents a potential conflict of interest. For example, these Affiliates may be economically incentivized to seek to increase assets with a manager discussed herein and therefore provide positive commentary about such manager. SEI is committed to providing a professional standard of service to its clients, and, accordingly endeavors to identify and manage any such conflicts of interest so that SEI acts in the best interests of its clients.