In our latest Manager Monday, we look at the inner workings of the hedge fund Viking Global Investors. 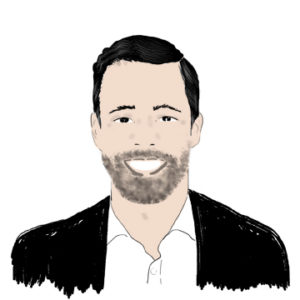 The former leader of a Norwegian SEAL team and Julian Robertson protégé, Halvorsen (along with Brian Olsen and David Ott) co-founded Viking Global Investors in 1999 and guided his firm through 16 years of stellar performance. Viking’s rise to the top of the equity long/short universe hasn’t been without challenges, as the firm has navigated massive asset growth and personnel departures along the way.

Based on public filings, Viking currently manages roughly $30 billion, which is triple what the firm was managing just five years ago, and ten times what it was managing ten years ago. As we have chronicled in numerous research pieces here at Novus, effectively managing a portfolio while avoiding the pitfalls that come with asset growth of this magnitude can be extremely difficult. Talent drain is another factor that Halvorsen managed over the last two decades. In addition to the departures of both of Halvorsen’s co-founders (Olsen under somewhat acrimonious circumstances), key portfolio managers and/or management committee members including Dris Upitis, Jim Parsons, and Tom Purcell have left the firm in recent years.

That it managed both sets of challenges while consistently delivering outsized gains is a testament to Viking’s depth of talent, scrupulous risk management, and meritocratic leadership style set by Halvorsen.

Everything mentioned in this post is sourced exclusively from public data, including the manager’s profile, simulated performance and all other analysis and commentary. The data used here omits the short side, non-equity securities, many non-US securities and all non-public information such as actual fund performance. To simulate performance and determine portfolio attributes such as liquidity, we combine public holdings data with market and pricing data and make simple assumptions.

Since January 2000, Viking’s simulated returns outperformed the S&P 500 and MSCI world by a cumulative 493% and 525%, respectively:

As previously mentioned, Viking’s assets under management dramatically rose, in lock-step with performance:

This rise in assets puts significant strain on idea selection and portfolio construction, and can actually destroy value if the manager doesn’t have a game plan ahead of time to effectively deploy the additional capital.

Of the three different methods that managers use to deploy additional capital (increase position count, invest in larger companies, invest in existing portfolio positions and allow liquidity to deteriorate), Viking chose the second method, and invested in companies with higher market capitalizations and better liquidity characteristics. Using the Novus platform, we can observe this shift in several ways, the first of which is to examine the weighted average market cap of the portfolio:

We can see that on a weighted average basis, the companies Viking invests in continued to increase along with assets, crossing the $100 billion market cap barrier for the first time in 2015.

A second way we can observe the shift is by looking at the liquidity profile of the larger companies:

Over that last 16 years, the fund gradually invested more and more in stocks with an average daily trading volume of >$100 million, which helps the fund stay liquid in the face of rising assets.

Since changing investment styles to seek alpha in larger companies can be challenging, we’ll look at how Viking fared in different market cap segments. First, we can see that large and mega cap companies now comprise >90% of the portfolio, whereas the portfolio was roughly evenly split between companies less than $10 billion and greater than $10 billion for the first ten years of the public filings:

Next we’ll take a look at alpha-generation by market cap using the Novus Framework, our attribution framework that aims to neutralize the effects of broad market and specific market cap performance to isolate alpha generated by stock selection:

Again, the above chart is only displaying stock selection alpha within market cap buckets. Using this framework, we estimate that Viking generated over 240% of stock selection alpha (or 42% of the total fund returns) in large and mega cap stocks combined. All of the data we’ve examined indicates that Viking navigated the increase in assets by investing in larger companies to maintain portfolio liquidity, with great results.

Team continuity is a major focus of investors from a due diligence perspective, and Viking’s history of executive turnover over the years (covered above) certainly raises a few eyebrows. When key idea generators and risk managers leave a firm, there’s a risk of poor stock selection and portfolio management to follow.

One way we can measure consistent quality idea generation is to look at Viking’s stock selection alpha on a year by year basis:

Again we observe consistent outperformance despite the movement of key personnel, as Viking outperformed the benchmarks in every rolling three year period since 2007.

As discussed in some of our prior research, the three main building blocks of alpha generation are:

We have so far examined idea selection, but will now turn our attention to position sizing (exposure management requires private leverage numbers to measure, and is thus outside the scope of this analysis).

One question we can ask when evaluating Viking’s position-sizing abilities is fairly straightforward: what if the manager showed no preference for positions once they entered the portfolio, and equally-weighted all positions as a result? To answer this question, we compare the return of a hypothetical portfolio in which each security has been equally weighted at the beginning of each month to the return that we simulate using Viking’s actual (publicly filed) position sizes:

For the first eight years of the fund’s public filings, there’s almost no difference between the two portfolios. However, from January 2008-December 2015, Viking generated almost 900% of incremental value add vs. an equally-weighted portfolio.

Another way to evaluate Viking’s position sizing abilities is to split the portfolio in two; one portfolio consisting of only the positions that breached the 3.5% position size threshold (the “core” longs), and another portfolio of the positions smaller than 3.5% (the “seed” longs). We can then compare the attribution characteristics of each portfolio.

While 51% of the seed longs outperformed their sector benchmarks, over 69% of the core longs were outperforming names. This means Viking hasn’t just generated incremental returns, but also added additional alpha, as they’ve invested a significant amount of capital behind their outperforming names, in effect levering up the alpha in the portfolio.

These figures represent significant deltas and point to a positive relationship between position sizing and performance in Viking’s portfolio over the last 16 years.

Among the different approaches portfolio managers can take to handle asset growth, investing in companies with higher market capitalizations is often favored. As exemplified by Viking, when executed properly this approach reduces both liquidity risk and the dilution of best ideas in the portfolio. However, this approach also comes with limitations—namely, it reduces the universe of names where the manager can look for opportunities, and is dependent on the availability of those opportunities. As we’ve demonstrated, Viking has done an excellent job identifying securities within this reduced universe and implementing them in the portfolio by sizing them efficiently.

Regarding continuity, there’s one name we’ve yet to mention. Dan Sundheim joined Viking as an analyst in 2002, focusing on financials and business services companies, and was named Viking’s sole CIO after sharing the title with Tom Purcell until the latter’s departure in 2015. This is another example of Halvorsen identifying and nurturing top talent within his firm with an eye towards the future.

It will be interesting to keep an eye on how Viking will manage the portfolio under the constraints of running a $30+ billion hedge fund with Sundheim at the helm.

The Novus Guide to Win/Loss Ratio

A portfolio manager makes multiple decisions when managing capital, such as picking which securities to invest in, which geographies to allocate to, how to size each position, and how long to hold each position in the portfolio. All of these decisions impact returns and are a great window into a manager’s true investment acumen.

In this guide, we’ll focus on some basic observations and properties of the win/loss ratio. Download our latest guide for the most authoritative walkthrough of win/loss ratio and its applications.

What does the guide cover?