How Steven Cohen Paid for the Mets

‍After a $2.5bn acquisition, Steven Cohen became the MLB's richest Owner. Does his track record at Point72 indicate that he is a winner? 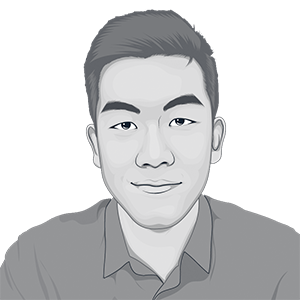 Steve Cohen made headlines in November after announcing that he would purchase the New York Mets, the Major League Baseball team, in a deal worth about $2.42 billion. His purchase of the team has been met with general approval from the Mets fanbase. The majority of fans believe that an infusion of cash and resources from a new owner who is as invested in the team’s success as they are will be a positive change that will bring wins to the team. Cohen has stated that he would consider it slightly disappointing if the Mets didn’t win a World Series in the next three to five years.

Cohen is entering the MLB franchise world as the wealthiest owner, but he explains that he’s not in it for the money,

Curious about the details of the Point72 business? Check out our Manager Highlight dashboard and/or read on.

2021 will be Cohen’s year to show that he is a winner in more than just the hedge fund world. While his previous career success may not give much actual indication of how well he can run a baseball team, we decided to use the Novus platform to see how Cohen’s own “Batting Average” and other stats at Point72 Asset Management measure up.

Over the last five years, Point72 has a batting average of 62.47%, which is the percent of names that have made money, as opposed to lost money. (Players on the Mets or any MLB team would be thrilled to achieve half that!) The win-loss ratio for the same period is an impressive 2.24, meaning the average winner has contributed far more than the average losing name detracted. Explore more stats with our Manager Highlight dashboard.

Let's turn to recent history. Not surprisingly, 2020 was tough year for Steve Cohen and Point72 (along with everyone else). Figure 1 shows the total return of the reported long positions in the portfolio across this year compared to the S&P 500 and MSCI World Index Fund.

For most of the year Point72 underperformed our chosen benchmarks. At the lowest point of the coronavirus dip in March, Point72 showed a YTD return of -27.10%, compared to the S&P 500’s return of -19.64%, and the MSCI World Index Fund’s return of -21.03%. Our data is based on quarterly filings, so beyond Q3 2020 performance has been simulated. But barring radical shifts during Q4 that we don't know about yet, it looks like Point72 could have ended the year quite strong.

A top-level glance at the sector exposures of Point72’s publicly filed positions shows us that, perhaps unsurprisingly, the hedge fund is primarily concentrated in the Information Technology and Health Care sectors (Figure 2). Cohen’s managerial “Batting Average” for each of these sectors is .710 and .800 respectively, so while Point72 may have had a rough 2020, Cohen has proven an aptitude for stock picking in his most exposed sectors.

Looking at these sector exposures over time provides a narrative of how Point72 has adjusted since the year beginning (Figure 3). Initially, Point72’s exposure to Health Care was its third largest at 15.94%, but has since grown considerably to 20.42%. Undoubtedly, this is due to the popularity and growth of the Health Care sector during the pandemic.

Upon analysis of sector PnL, a surprising figure reveals itself (Figure 4). Point72’s largest sectors of Information Technology, Health Care, and Consumer Discretionary all had strong profits over the course of the year. But when we look at the Energy sector, we see that there was substantial loss. The severity of the Energy sector’s underperformance may be the cause of the fund’s exposure to the sector being almost halved from 6.66% in January to 3.72% in September.

Let's take a look at top positions. As seen in Figure 6, nine of the top ten (as of Q3 filings) are technology companies, illustrating their faith in large IT companies to drive returns.

The position change graph below (Figure 7) shows top positions and their changes from Q2 to Q3. A notable insight is the number of decreases in position sizes in popular stocks, such as Global Payments, AutoZone, and Salesforce.com. Interestingly, Point72 has sized down its position in Sony Corp from 0.37% to 0.03%, right before the release of the PlayStation 5. Sony has since increased in value by 23% in two months from $76.75 on September 30 to $93.29 on November 30. To explore these changes yourself, check out our Manager Highlight dashboard.

A possible explanation for these decreases in position sizes may be tactical maneuvering on Point72’s part to sell positions they expect to be underweight. And it could also be interpreted as Steve Cohen profit taking in order to finance his purchase of the New York Mets. However, a quick look into the position changes between Q1 and Q2 shows that this quarter’s decreases are not outliers, and that Point72 in general is an active fund in increasing and decreasing positions across the board. That being said, a quick calculation of the change in value of all decreased positions shows us that there was an aggregate change in value of $7.3 billion for Q3 and a change in value of $6.5 billion for Q2. Whether or not this $700 million difference in capital gained from decreased positions was allocated to the Mets deal is pure conjecture, of course.

As seen in Figure 8, Point72’s biggest winners from this year are largely attributed to their security selection; i.e., the securities chosen outperformed the market as well as the sector that they are part of. The largest returns come from Palantir Technologies Inc., a software company based in Denver, Colorado specializing in big data technology. Point72’s $30 million share stake was disclosed publicly in November, leading to an 18% jump in the company’s value.

Point72 was one of several hedge funds that began investing in Palantir, along with Anchorage Capital Group and Soros Fund Management, LLC. However, Palantir has seen a recent decline after Morgan Stanley analyst Keith Weiss turned bearish and classified the stock as underweight. It will be interesting to see how Palantir stocks perform after this public critique, as well as how Point72 (who in a way drove the stock’s increase in a sort of self-fulfilling prophecy) will react next quarter.

Perhaps it is fitting that 2020 comes with the purchase of a team that is currently sitting at the bottom of the leaderboard in the NL East. Nevertheless, Cohen is no stranger to finding ways to win. Combined with a team that has a decorated history and a devoted fanbase, the development of the Mets and Point72 will be something to watch closely, even cheer for.