Named after a Japanese abacus, Soroban Capital Parters outperforms by sticking to their fundamental investment philosophy. 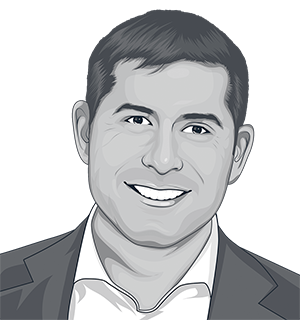 Let’s open this week with a little game. Name the first three activist managers that come to mind. Odds are those names are the ones that grab the headlines in the Wall Street Journal or cable news (I’m sure many of you remember seeing Icahn and Ackman throwing figurative punches on CNBC not too long ago). That said, blustery rhetoric on TV doesn’t always equal alpha for your investors.

I’d be willing to guess one name is not on your list. Eric Mandelblatt, who after leaving TPG Axon in 2010 with a small team, founded Soroban Capital Partners. Much more quietly than their bloviating counterparts, Soroban has been achieving outsized returns for just as long, and will be the focus of this article.

Mandelblatt’s under-the-radar nature shouldn’t come as a surprise to those who know the source of their fund’s name. An abacus developed in Japan in the 14th century, Sorobans are still widely used today despite many available electronic calculation alternatives. This name-based allusion to tradition, straight-to-the-point effectiveness and an air of simplicity could go a long way to explaining the firm’s very successful approach to business.

A quick note before we continue. As with all our Manager Mondays, keep in mind that everything mentioned in this post is sourced exclusively from public data, including the manager’s profile, simulated performance and all other analysis. The data used here omits the short side, non-equity securities, many non-US securities and all non-public information such as actual fund performance. Regardless, this data can be incredibly insightful if viewed with the right prism.

The fund’s longs returned 134.39% against 19.13% for the HF Index and 44.85% for the Activists. For greater context, the S&P 500 was up 79.4% over the time period, highlighting some of the recent struggles within the Hedge Fund industry as a whole. Soroban was neither scathed by the afflictions of its brethren nor constrained by the market as a whole, convincingly cruising along on a wave of outperformance.

As one might expect, with great investment success comes great assets, visualized through the proxy of market value. Soroban’s market value rose drastically over the interval, from a shade under $2 Billion to over $12.5 Billion presently.

As this happens, many funds can become victims of their own success. In these situations, we at Novus usually look for three main levers a fund can pull as it grows. How did Soroban cope with their growth? Did they:

Increase the number of positions? With some variance, the fund increased positions from 30 to 36, but this change is not necessarily commensurate with their overall increase in market value.

Fall into a liquidity trap? Again, save the one outlying data point this is not so. On the whole Soroban has remained very liquid over the interval.

Move up the market cap spectrum? Here we do find evidence of a trend, with Soroban moving from the upper Mid Cap range of $10 Billion at the end of 2011 to a strongly Large Cap number of over $32 Billion at present. We’ll look at this in more detail in our next section.

I can hear you saying, “This is all well and good, but what can I actually derive from this?” From this data, I draw one main conclusion. Soroban was ready to grow, and were one step ahead of the curve. They were ready to be scalable from the outset, seamlessly adjusting to their new realities.

If we cross-section this scalability as of the 31 December filing period, one can see Soroban’s top 5 long positions by issuer:

These are major global firms, large brand names. Considering the upward Market Cap shift, this is understandable and potentially expected. Expanding this to the whole portfolio, and slicing by Market Cap, one will notice – also unsurprisingly – that the current main capital allocation is in the Mega Cap space (52%), with an additional substantial allocation to Large Cap (39.7%).

Using Novus’ recently released multi-grouping functionality, within those main Market Cap buckets you can see, on a sector level:

13 of the 14 Mega Cap positions are focused in Staples, Discretionary, IT and Telecom

While the smaller allocation to large cap names actually has greater sector diversity, with the notable entry of the Energy Sector

As well as getting a glimpse into Soroban’s post-scale sector positioning, we can evidence where the fund has seen sector value over time. Looking from their first filing until today, you can see consistent long allocations into the Discretionary sector, while the current portfolio has pivoted substantial assets into IT and Staples at the expense of the recently troubled Energy sector. This evident pragmatism with respect to the Energy sector alludes to the core Soroban approach we touched on in the introduction.

Now that we have this understanding into the nimble way in which the firm has grown as well as their current long portfolio structure, let’s move back into the world of the (quite good) performance metrics and derive some more insights there.

The high-level attribution statistics for Soroban’s long portfolio over time are pretty outstanding.

The firm has won on 72% of their investments, while allocating 82% of their capital to those investments. These two metrics help to explain an excellent 1.59x Win/Loss ratio in which Soroban has on average made 133.14bps relative to 84bps on a loser, showing the fund’s ability to nip losing investments in the bud while sticking with their winners.

Relative to the S&P 1500 and their associated sector benchmarks, Soroban generated 5,875bps – 45% of their total contribution – via security selection alpha.

This alpha was achieved across the sector spectrum with only the most minor of detractors. These broad wins evidence core, persistent, fundamental firm strength over time rather than a return stream with fluky outliers and inconsistent or volatile contributors. This is exactly what you want to see as a prospective or existing investor, and doesn’t surprise me considering the firm culture I’ve derived.

This win/loss analysis and broad alpha contribution led me to consider how the fund sized their positions over time, and what I found here was a tad surprising.

Though the firm did outperform a portfolio in which each of their positions was equally weighted over time, more often than not with numbers as strong as we’ve seen one might expect to see greater alpha here. Taking it a step deeper and visualizing win/loss ratio by position sizing bucket, one metric stands out, that of the 7.5% – 10% bracket.

If Soroban is able to nudge this up toward the firm average, they could see even greater outsized returns in the future, with other conditions remaining the same. However, this is admittedly nit-picky since Soroban is still generating excess returns (130.6% versus 123% on a cumulative basis) via position sizing. Summarily, it seems as even when they are wrong, they are right.

What we’ve seen here is a relatively young fund punching with the heavyweights. They’ve scaled-up effectively and continued to outpace the hedge fund industry, their activist counterparts and the market. Additionally, they’ve done this in a time period that hasn’t been overly kind to the hedge fund industry as a whole. Soroban as a fund may not stay under the radar much longer, but don’t be surprised if Mr. Mandelblatt continues to avoid the limelight, focusing on continuing to produce clean, efficient, and effective calculations on his abacus. If what is above is any indicator, this should be welcome news to his investors.

Although managers have increased the transparency that they provide to investors, moving from just returns to monthly risk reports or better, there is a way to learn more about a manager without asking for increased private transparency: public positions.

For this report, we created an example manager with monthly risk reports that have sector and market cap breakdowns since January of 2011, along with some other top level stats like concentration of the top 10 names(%). Here we will show investors how to evaluate their managers using both private risk reports and public positions to ensure their investments are paying off.