In this Manager Monday, we'll look into JANA Partners to discover the sources of their outperformance of benchmarks. 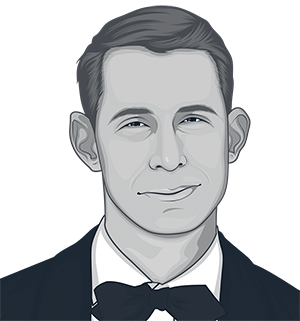 Founded by Barry Rosenstein in 2001, JANA Partners, LLC has made an imprint on the investing world by separating itself from the pack; and more importantly, doing so at the right time. A graduate of the Wharton School, Mr. Rosenstein had a brief stint within Merrill Lynch’s investment banking division before catching the eye of prominent corporate raider Asher Edelman. It was here where he witnessed the power of activism and his path diverged. One of his first successes as an investor was the funding of Copart, Inc., originally a regional vehicle salvager, now a global remarketing platform trading under the ticker CPRT.

With considerable experience in private capital deployment, helming Sagaponack Partners prior to JANA, Mr. Rosenstein has positioned the firm with a fundamental value bias and has influenced notable strategic initiatives with McGraw-Hill, ConAgra Foods, and the yet-to-be-realized Qualcomm. Despite his fellowship under Asher, Rosenstein often takes the approach of advocacy, working with executives to help them understand where value spawns and ultimately drive change.

Please note that the information in this post has been sourced exclusively from publicly available data, including the manager’s profile, simulated performance and all other analysis and commentary. The analysis omits short, non-equity and many non-US holdings. The analysis also omits actual fund performance, and instead simulates performance and portfolio attributes by combining public holdings data with market and pricing data, and making simple assumptions.

Simulating performance through March of 2016, JANA has markedly outperformed the common indices, annualizing 16.39% versus the S&P 500’s 8.84% (BM1) and the MSCI World’s 7.81% (BM2). As with many event-driven strategies, a higher degree of volatility can be expected, and JANA is no exception, yielding a standard deviation of 19.15% versus 13.98% (BM1) and 15.20% (BM2). This attribute is also apparent when comparing their drawdown to the indices.

As JANA outperformed, capital arrived at an exponential rate. Market value has fallen recently, from a high of $13bn at the end of June, but remains north of $7bn. Market value reduction is at least partly attributable to underperformance in a key position accounting for nearly 12% of the portfolio…Qualcomm.

So far, JANA fits the archetype of the successful event-driven manager, exhibiting volatility both in return and market value. Given JANA’s substantial growth in market value, it’s of paramount importance to understand how they’ve evolved over time. As we’ve covered in the past, a manager has three primary levers to pull when navigating an influx of capital while attempting to remain agile:

While there is notable variance in the portfolio’s ability to liquidate, it’s been an ever-present risk factor, even at the start.

A great deal of variance exists under this lens as well, but the number of positions has actually declined from the peak in August of 2006. Further, concentration among the top five securities has also increased.

3. Move up the capital structure.

Here we can see a clear trend of upward movement over time, and incursion into the Large Cap territory. Viewing historical exposures, you can see a greater level of detail and find that Mega Cap exposure has also become a considerable allocation since the closing months of 2013. Near inception, Micro and Small Cap exposure accounted for greater than 75% of the portfolio, and now represent less than 0.5%. Large and Mega caps now account for a staggering 80%.

Survival of the Fittest

Now that we’ve identified how JANA has evolved, let’s look at the impact it’s had on performance. Applying the Novus Selection Framework, we can decompose contribution into relative (explained by exposure to the market and capitalizations) and selection (alpha generated by holdings beyond that provided by market or capitalization exposure).

You can clearly see that not only have Mid, Large and Mega Caps provided the largest relative contribution, but JANA has displayed a high level of acumen in the larger caps with significant security selection alpha generated among the Mega and Large Cap names.

This trend is further exemplified when viewing the Win/Loss Ratios across the capitalizations. This ratio allows us to view the magnitude of the average winning contribution relative the magnitude of the average losing contribution. In other words, how right are you when you’re right versus how wrong you are when you’re wrong; a key statistic for an event-driven manager where conviction bets are often sized up dramatically. Across Large Caps, JANA has exhibited an exceptional Win/Loss Ratio.

We’ve identified that the transition to larger cap names has been fruitful, and JANA has proven their expertise in this realm, but how has position sizing played a role?

A clear upward trend exists as we approach the 5.0%-7.5% bucket, however, position sizes greater than 10% have yielded the worst Win/Loss Ratio across the portfolio.

Holistically, JANA’s long portfolio has been able to outperform a theoretical portfolio of the same holdings yet equally weighted (a cumulative return of 643.90% versus 526.11%). It’s apparent that the mid-tier conviction holdings have been able to more than account for the occasional heavy losses incurred from the larger positions.

A true testament to JANA’s track record has been its ability to thrive in a new ecosystem, that ecosystem being the Large and Mega Cap realm. We’ve also identified that some of the headline-grabbing activist positions have weighed, at least temporarily, on performance.

The Novus 4C Indices track important hedge fund factors through public equities, including the most popular hedge fund stocks, those with the highest conviction and concentration, and the most crowded.

The data underlying index creation is sourced from an aggregate hedge fund portfolio called Hedge Fund Universe (HFU). HFU is composed of over 1,200 vetted hedge fund manager portfolios. It is a subset of the Novus Public Ownership Database of over 10,000 historical portfolios built from regulatory filings around the globe. All the indices described here have been simulated using daily P&L and adjusted for corporate actions and contain 20 equally-weighted positions rebalanced quarterly. For this paper, we do not account for the lag in 13F reporting, using quarter-ends as the knowledge date. Clients can inquire about the lagged versions and the cost of lag associated with a delay in reporting for each index.

Download our latest report to learn more about the Novus 4Cs.