How to Identify Red Flags in Hedge Fund Liquidity Management

In this article, we'll look at a manager's portfolio on the Novus Alpha Platform to show investors the importance of liquidity management. 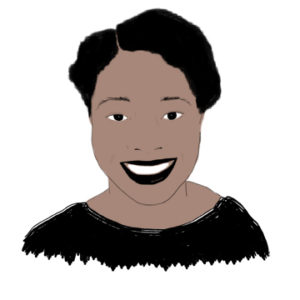 In our recent article “Five Ways Investors Can Select Better Managers,” by Chief Research Officer Stan Altshuller, we identified the most important of these selection tools: watching for red flags, such as a precipitous decline in liquidity. In this article, we’ll examine a portfolio using the Novus Alpha Platform to show investors exactly why liquidity management is an essential manager skill.

A decline in liquidity can happen throughout the life of a portfolio and is usually accompanied by an increase in AUM. Typically, when AUM increases, a manager has three levers to potentially pull. The first is to increase the number of positions held. While this likely requires significant research time, it ensures that liquidity doesn’t decline as assets are spread across more ideas. The second lever is to move up the market capitalization spectrum, allowing for investments into more liquid names. This can represent a serious shift in investment style, for better or worse. Finally, the third lever is to maintain the current investment portfolio. With this strategy, a manager continues investing in historically alpha-generative names, though usually it leads to a decline in liquidity.

Using our Public Ownership Platform, we found one particular manager who faced this dilemma. As you can see in the chart below, AUM grew in a somewhat stable fashion at first, allowing this manager to maintain thirty-day liquidity (the amount of the portfolio that can be sold in thirty days) at reasonable levels. Then at the beginning of 2010, there’s a significant drop-off in liquidity management, which persists as AUM increases between 2014 and 2015.

This manager chose to pull the previously mentioned third lever, leaving thirty-day liquidity to decline as the capital influx flowed into names already within the portfolio. While in aggregate hedge fund liquidity has been declining for years now, the trough of near 0% thirty-day liquidity is somewhat unprecedented. The question now is whether this decline in liquidity management had an effect on the fund’s performance.

As we observe in the chart below, this manager had a steady return stream since inception. This changed in 2015 when returns drastically diminished. By comparing this point in time with the liquidity management chart above, it’s clear that the fund reached a period where their high-conviction bets began to detract from the portfolio. Because the fund couldn’t quickly liquidate these declining positions, this stretch of negative performance extended through the end of 2015, when liquidity stabilized around 30%.

Let’s take a deeper look at this period of underperformance with the drawdown chart below. Historically the manager experienced shorter drawdown periods than the S&P 500 (BM1), but at the end of 2015 when the drawdown reached a depth of -36.21%, this marked a more significant decline than we saw during the financial crisis.

Using our Public Ownership Platform, we can dive deeper into the negative contribution attributable to each liquidity bucket. Simply filtering based on liquidity days isolates the securities that fall into each bucket. The first filtered list we examine displays positions that require between thirty and sixty days to be fully liquidated. Once the filter is applied, the thirty-to-sixty-day liquidity bucket reveals itself to be the largest detractor during the period of decline, with a total contribution of -1,152.40 bps.

Understanding the additional statistics provided grants further insight into the drivers of the negative contribution. Listed above are the winners and losers during the period of analysis. Winners generated positive contributions, and losers detracted from the return. The average contribution from winning and losing names sheds a great deal of light on the fund’s underperformance. While two of the five names were winners, the average contribution from a losing name dwarfs the average winning contribution. This gives us the win/loss ratio—a metric that divides the average winner’s contribution by the average loser’s contribution. A quick calculation shows a win/loss ratio of 0.10. What does this mean? Basically that each losing name this manager picked had a much greater impact on the portfolio’s performance than any winner did. Now if we apply a filter on all positions that require more than thirty days to be liquidated, total contribution moves to -1,914.51 bps, further confirming our conclusion regarding liquidity management and performance.

Through the Novus Public Ownership Platform, which provides position transparency based on required regulatory filings, we were able to identify a red flag in this manager’s portfolio. The increase in AUM and the ultimate decision to let liquidity deteriorate led to a clear decline in performance. When performing manager due diligence, it’s essential to evaluate more than the manager’s returns. Understanding the underlying contributors to a fund’s outperformance or underperformance allows an investor true insight into a manager’s strengths and weaknesses. Investigating these traits, investors can identify a shift in style. More so, positional transparency gives investors the power to identify risks and the tools to ask managers the right questions.