When used incorrectly, private equity performance metrics can paint a distorted picture. Use the right analytics to accurately understand your investments. 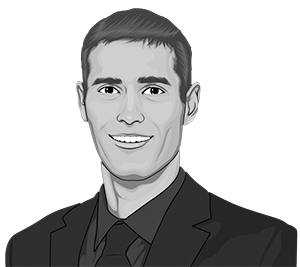 Problems with IRR in Private Equity

Private equity performance is controversial. The most common metric, the IRR, is susceptible to manipulation or can widely overstate performance. IRR, by nature, is higher for funds that return capital sooner rather than later. One way to force the math to think capital is returned earlier is to delay starting the IRR stopwatch.

Most funds use capital call financing to ease the operational burden of collecting capital from LPs to fund an investment. Some funds choose to borrow the funds for longer to postpone initial capital calls. In other words, by extending the duration for which a capital call loan is outstanding, a fund can make it appear as though they have returned capital sooner—which translates into higher IRRs. Delaying capital calls, however, frustrates allocators who seek to put their capital to work; this skews cash flow forecasting models and makes it hard to compare IRRs across funds.

Adding to the list of problems, the math for IRR assumes interim cash flows can be reinvested at the same rate. For funds that return a big slug of capital quickly, the IRR assumes that capital is reinvested at an unnaturally high return throughout the life of the fund. In reality, an LP is unlikely to quickly find an investment opportunity as promising as the rosy returns earned on the earliest capital returned. Metrics like Modified IRR (M-IRR) try to correct for this, but Modified IRR needs to assume a reinvestment rate. Alas, what rate should be applied to returned capital?

How Multiples Work in Private Equity

An alternative approach ignores the time component and provides a true cash on cash multiple. Three simple, less manipulated metrics are DPI, RVPI, and TVPI, which compute Distributions, Residual Value, and Total Value as multiples of Paid-in-Capital. These metrics show how many dollars are earned for each dollar of capital LPs have paid in. Multiples can’t be manipulated by aggressive financing to goose IRRs or overzealous reinvestment rates. They are what they are, but they certainly aren’t perfect. The drawback? Multiples do not account for time, so two funds that distribute $500 for every $100 invested are considered equal—even if one fund distributed $500 in year 2 and another in year 5. Obviously, the same amount returned sooner is superior.

A keen analyst can use IRRs and Multiples in conjunction to truly study manager performance. A visualization of performance metrics for funds with IRR on the X axis and DPI on the Y axis can depict which funds are both returning big amounts of cash and doing so in a reasonable amount of time. The best analysts slice the analysis into various buckets—performance by vintage year or by investment type.

Technology services provided by SEI through its affiliates and subsidiaries

Charts included herein are for illustrative purpose only. Information provided by SEI through its affiliates and subsidiaries. This information is for educational purposes only and should not be considered investment advice. The strategies discussed herein are complex and are not suitable for all investors.

SEI Novus is not an investment advisor, broker dealer, or financial institution and does not offer or provide advice regarding analysis of securities or effecting transactions in securities.  SEI Novus does not endorse or promote any mentioned investment management firm or any fund managed by any such firm.  The purpose of the information herein is to demonstrate the capabilities of the SEI Novus Platform.