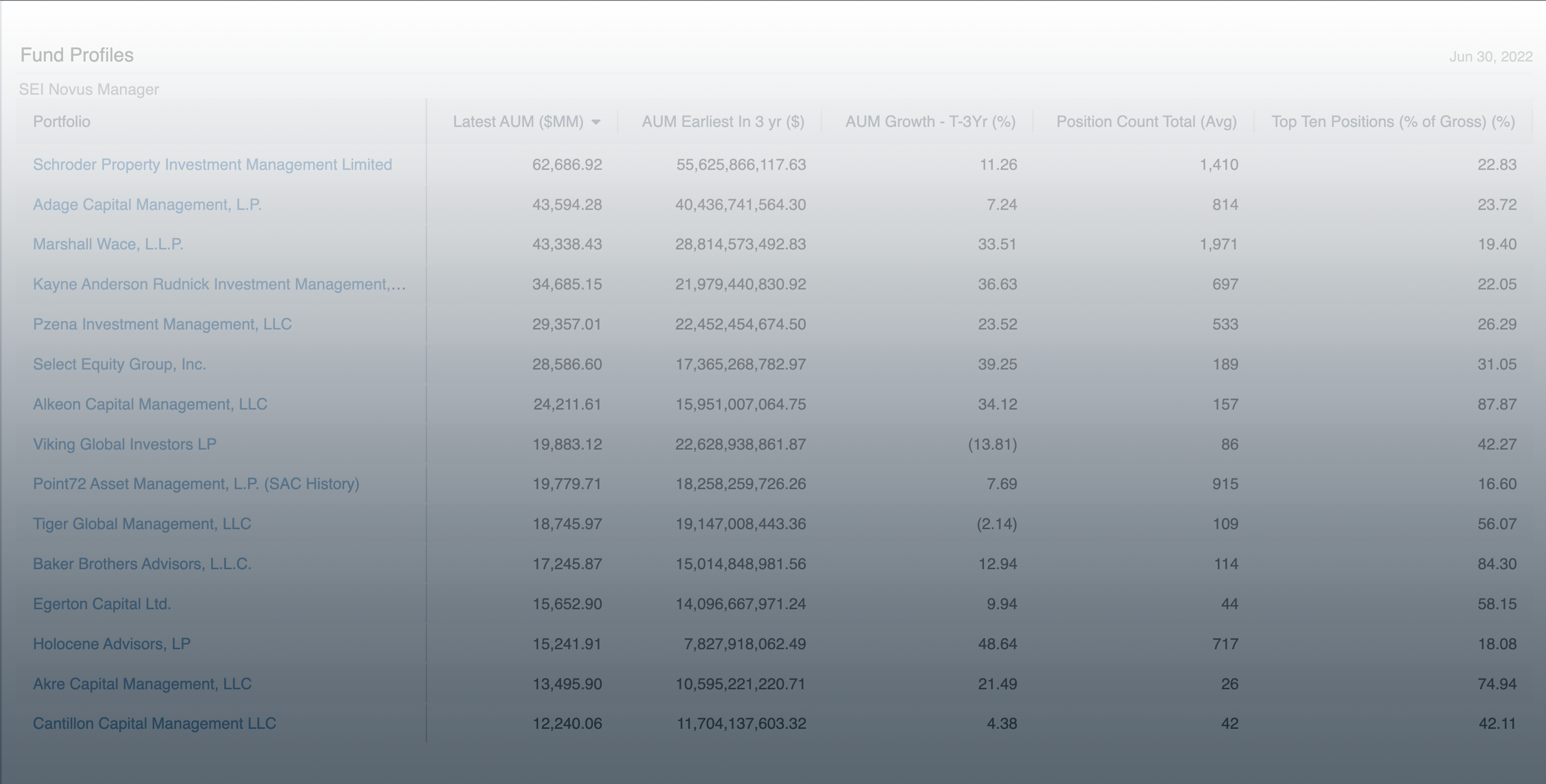 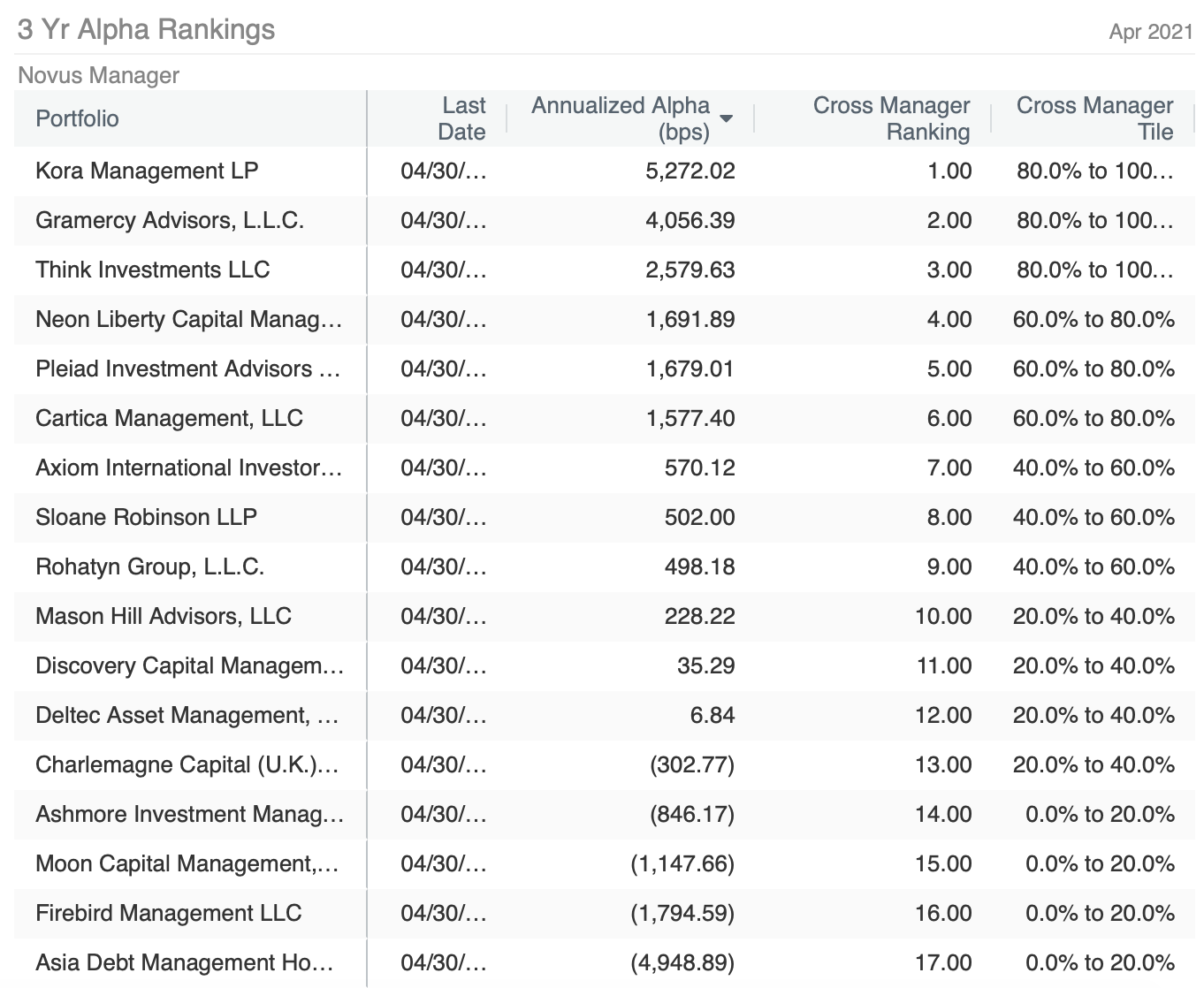 It was easy making money in New York in the first quarter -- all you had to do was park your dollars in an index fund and you'd be in for an 18% gain. Not so much in the rest of the world, and definitely not in the emerging markets.

The worst stock picker in the emerging markets, Asia Debt Management was almost as deeply negative in its alpha as Kora is positive. While the comparison between these two firms might not be fair -- ADM is a special situations play which intentionally invests in failing companies in the expectation of turning them around -- there's still enough range between the highest- and otherwise lowest-alpha ranking to make the point that not all hedge fund managers in this space are created equal.