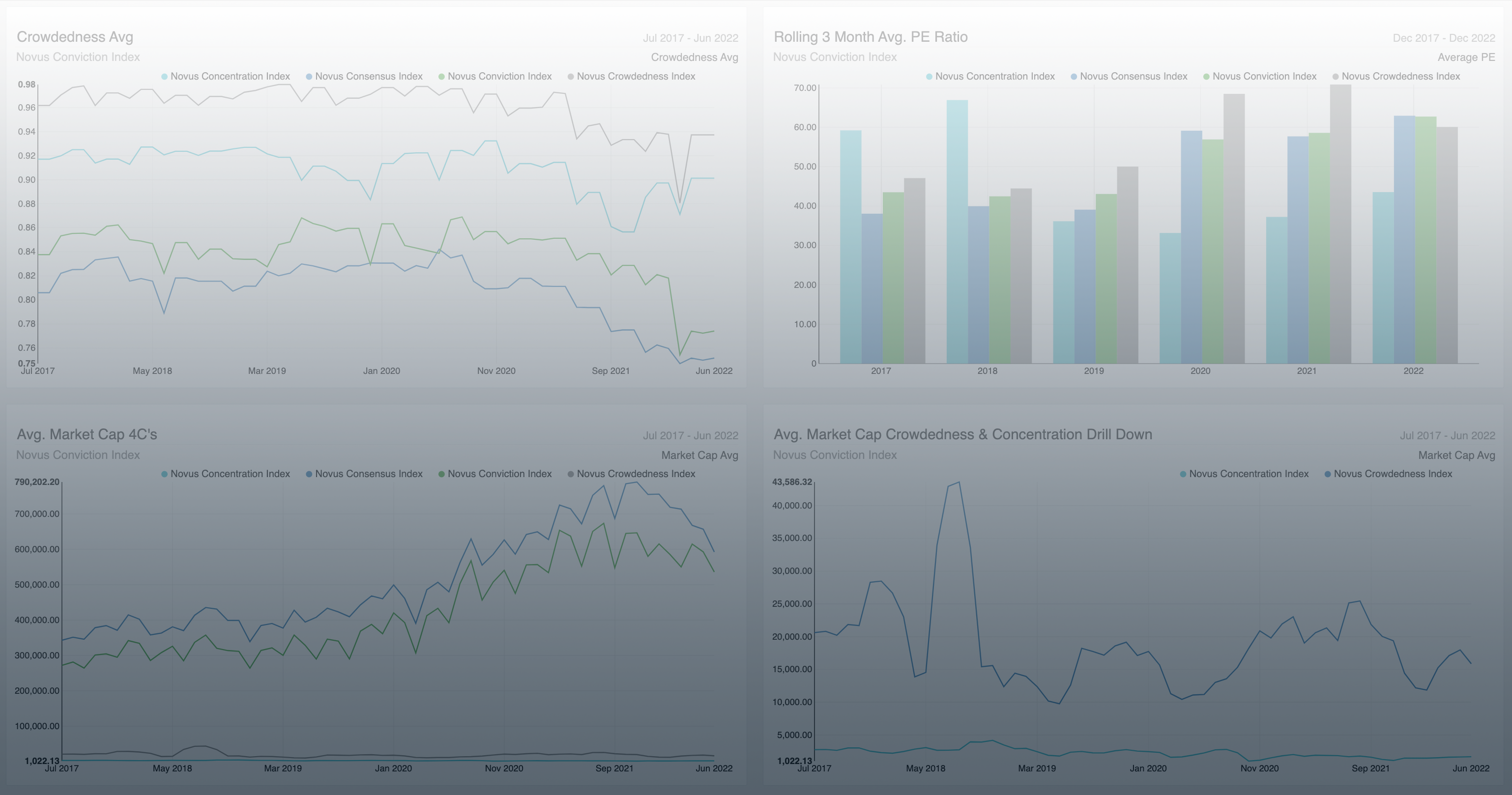 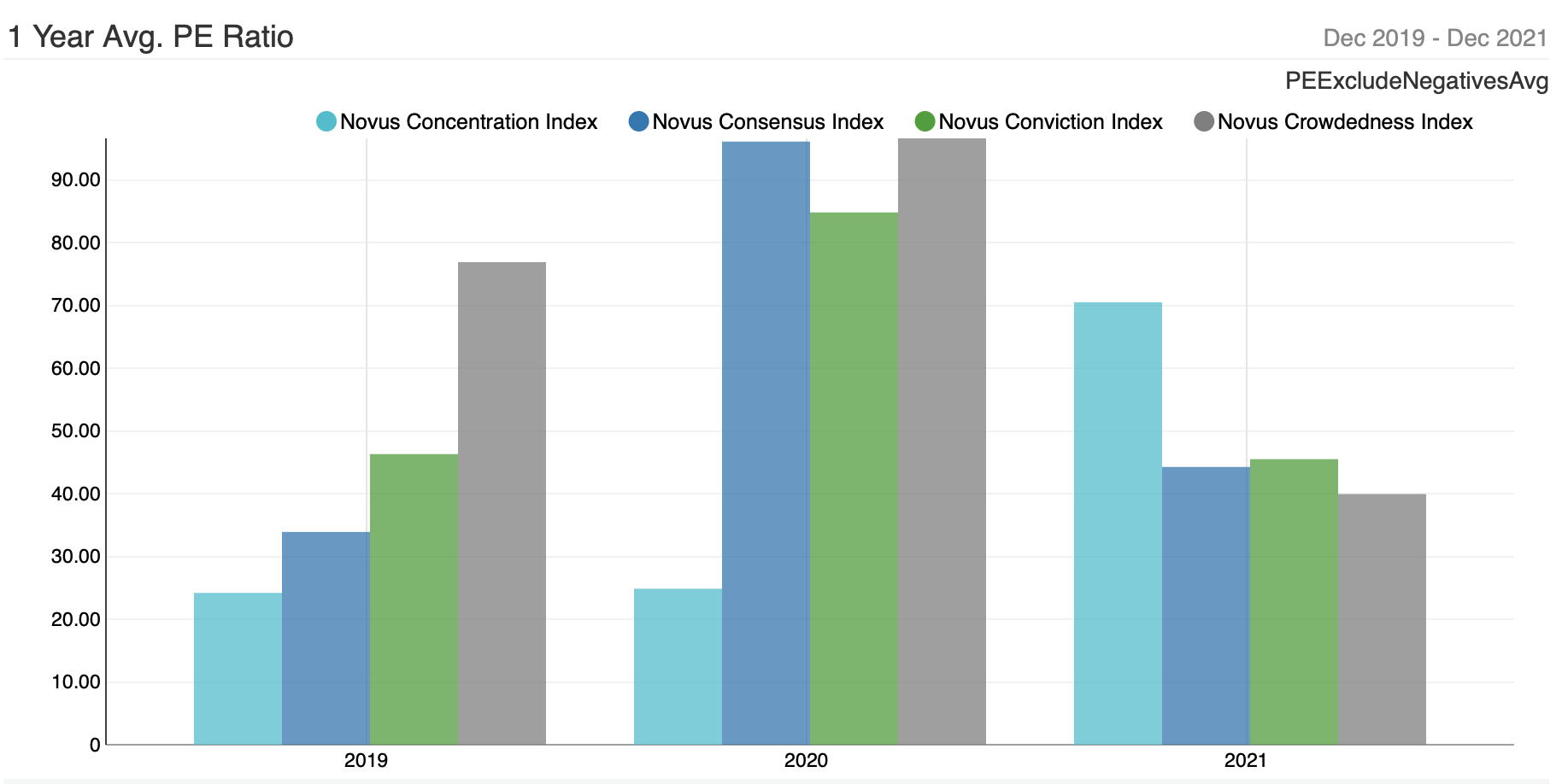 Among the Novus 4Cs Indices, Concentration had been a laggard for a couple years. No more.

While the full story of 2021 is yet to be written, it's fair to say that Concentration is uncharacteristically leading the other three Cs in price-to-earnings terms. After a couple years in the mid-20s, the index's P/E is suddenly at 70.51x.

If there's a sweetheart stock in this portfolio, it would be Integral Ad Science Holding Corp., a small-cap digital advertising verification firm. Shortly after its red herring period, it has attracted 33 hedge fund owners and, so far, it doesn't look like anyone has exited or even sold.

The Concentration Index, which tracks stocks with the highest percentage of shares held by hedge funds, includes companies in which the hedge fund community might have the greatest control and, thus, serves as a proxy for activist interests.

<BackView AllNext>
When the Laggard Leads
Powers of concentration
Consensus is beating Conviction
Conviction -- the good kind
Wisdom of the crowd?
No failure to communicate