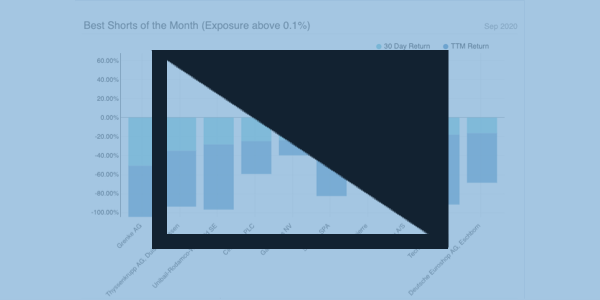 Grubhub not delivering for hedge funds 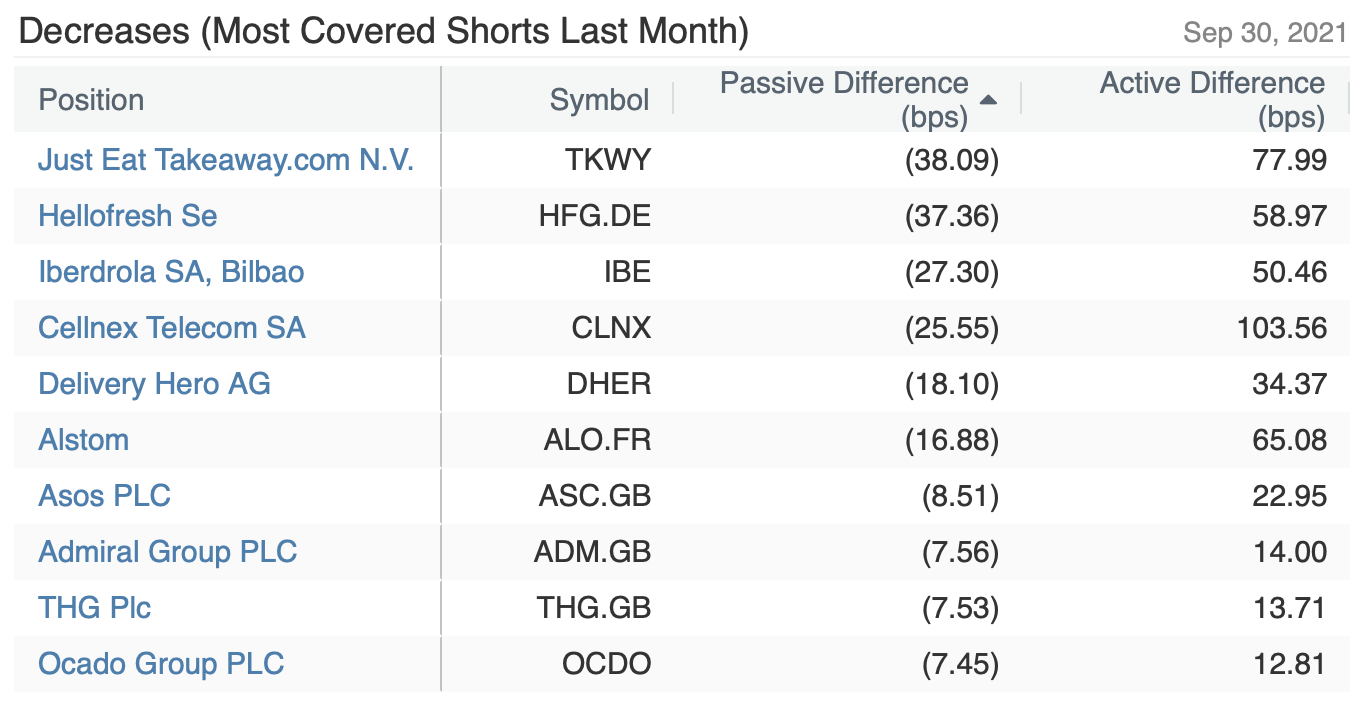 Just Eat Takeaway, the Dutch parent of Grubhub and a bunch of other delivery services, is struggling to make its case to fund managers after missing earnings targets earlier this year. But it's trying. According to Novus's analysis of European short disclosure filings, it's among the names with the most covered shorts in September. It has the lowest passive difference and the second-highest -- after Cellnex Telecom -- active difference.

The funds with the largest European short exposure don't seem to care much about it Just Eat Takeaway, but others seem to have their doubts. It is Arrowstreet Capital's most-shorted name, although the position hasn't changed any over the past year. BlackRock Advisors is a little less bearish now than it was 12 months ago. Tudor Capital is shorting only one stock at the moment, and Just Eat Takeaway is it.