In a recent study by Shelly Wong, we discover the strong relationship between hedge fund performance and fund redemptions. 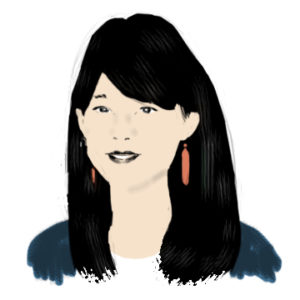 Many have warned against the danger of performance-chasing behavior in general; buying recent winners or selling recent losers can be a bad strategy for returns. How much performance-chasing, if any, occurs when investors allocate to hedge funds? In this post, we’ll examine potential links between returns and flows. Specifically, we’ll explore three key questions:

1. How strong is the link between flows and performance?

2. How does the strength of the correlation vary by HF strategy?

3. How well does performance-chasing work as a strategy?

Here is what we’ve found:

Strong Correlations Between Performance and Flows, Especially over Three-Year Period.

We repeated this same analysis incorporating a lag. The correlation between quarterly flows and returns increased dramatically after a two-quarter lag, from -27% to 49% (not shown), while one-year and three-year return/flow correlations didn’t improve.

What this all boils down to is that a manager with a bad quarter (performance-wise) is unlikely to see net outflows in the same quarter (but possibly will two quarters later). A manager with a bad year, however, is quite likely to see net redemptions in that same year. A manager with three bad years (cumulatively) will almost definitely see net outflows during this period.  On the other hand, a boost in flows is likely in a year with good returns and almost definite in a three-year period of cumulative good performance.

Whether you call it performance-chasing or efficient capital allocation (i.e., allocating capital to the best managers demonstrating returns), the link between returns and flows is unmistakable. Figure 2 provides more details regarding the three-year flow/return connection over the past twenty years. Two additional observations:

Since 1995, there have been two major periods of flow decline, coinciding with two market crises. In both instances, flows rebounded post-crisis (but never fully recovered). Unlike the past, current redemption pressures facing managers aren’t led by broader market declines, but are instead driven by specific HF industry issues.

Flows tend to have larger gyrations than returns. There are periods flows overshoot, but these are generally followed by corrections. We’re currently in a period where returns and flows are fairly aligned. Though returns have been challenging, investors appear to have already incorporated performance into their allocation decisions, as indicated by historically lower returns and flows.

Return/Flow Correlations Persistent for Most Hedge Fund Strategies Since 2011

Does Performance-Chasing Work as a Hedge Fund Allocation Strategy?

Performance-chasing has a negative connotation—it’s commonly viewed as investors making emotion-based choices rather than carefully considering market trends. For this reason, the strategy has been widely criticized, and most financial advisors warn against it. The flow/return link we noted, however, is most notable over a longer time frame; this performance-chasing—or efficient allocation—is a key ingredient in a well-functioning ecosystem where money flows to the best talent (whoever demonstrates the highest returns). We can evaluate this strategy’s merits by asking: are HF returns persistent? If yes, then performance-chasing may be a good strategy.  As mentioned in our Edge Report, overall we noted evidence of return persistence for average and bottom ranking managers, but not top managers. In this same report, we found that manager skills (as proxied by batting averages, win/loss ratios, and size of position-sizing alphas) are much more persistent than returns. Thus, for allocators looking for middle-of-the-road HF managers, performance-chasing could be a viable strategy. But for allocators aspiring to find the crème de la crème, chasing performance won’t cut it.