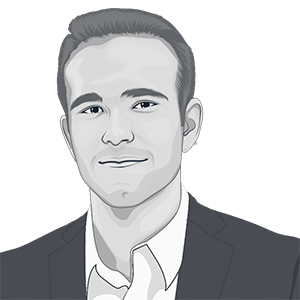 The analytics in this article can be explored on this accompanying dashboard. These public data-derived insights are merely a small sample of the capabilities of Novus’ robust analytics toolset. As always, we encourage you to follow along with this dashboard as you read the article and derive your own insights.

Novus’ manager database is updated with filings from regulatory agencies around the world. The quarterly Form 13F endures as our most important source of long-position information for US managers with an AUM larger than USD 100 million.

To make a list of top hedge fund stocks, we aggregated reported value held across all funds. The top four were exactly the same as the previous quarter (Apple, Microsoft, Amazon, and Facebook, respectively), and there was really only minor shuffling amongst the top 20. From that list, there were three exceptions who made dramatic moves in Q4:

Alibaba dropped from sixth to tenth place in terms of aggregate hedge fund ownership. The stock hit a highpoint in late October after a positive earnings announcement, but ultimately ended the quarter down 20%. Culprits may include Ant’s delayed IPO, Alibaba’s monopoly investigation, and the passing of a new Senate bill that could potentially delist Chinese firms from US stock exchanges.

The Walt Disney Co jumped up 15 spots on the hedge fund ownership list, from spot #30 to #15. This came after the company reported a smaller loss than expected and a rapidly increasing subscriber count for Disney+ streaming service, as well as subsidiary services ESPN+ and Hulu. It is worth considering that these positive results came at a time when many of Disney’s theme parks are operating at either limited capacity or are completely closed due to the pandemic. This could bode well for them when in-person leisure approaches normalcy.

The full, sortable list of HFU-owned securities, along with rich ownership detail, is available on our Hedge Fund Ownership dashboard.

Revisiting GME Holders After the Action

Suddenly, everyone is talking about stocks in 2021. Thanks, GME.

My colleague, Noah Zucker, took a look at how hedge funds were reacting to “meme stocks” a couple of weeks ago. At the time, we were only able to analyze Q3 filings (combined with Novus’ simulation engine, which uses daily market data to derive assumption-based insights). With Q4 data now available, we can get an updated look into hedge fund activity surrounding these names in Q4 2020.

Novus provides users with quarter-to-quarter ownership activity across hedge fund filers, as well as the broader institutional investing universe. Focusing in on hedge funds, we can see that 50 shareholders sold out of their GME position prior to the end of Q4, with 13 shareholders trimming their position (Figure 2). It seems many funds would have missed the Q1 frenzy altogether.

Did Permit Capital Cash Out?

Activist investor Permit Capital maintained their investment in GME through the end of 2020. Assuming they held in January, Permit watched GME take over its portfolio (in terms of position size %) with the rapidly rising price of the stock. The GME position accounted for nearly three-quarters of their portfolio at its peak (Figure 3). Of course, we won’t know if and when they sold until the next quarterly filings are available (but you can bet we’ll be checking back!).

Who Else Held GME?

In Figure 4 below, we break down GME’s top hedge fund owners by value.

From this list we can see that Permit Capital was the fourth-largest holder of GME among filers, further piquing our interest in the results of their position after January. The top holder, however, was Senvest Management, with 5.05 million shares of GME at the end of Q4. In an early February article, The Wall Street Journal reports that Senvest made USD 700 million on the position, making it the hedge fund’s most profitable investment.

When my colleague, Shraman Ghosh, wrote How Do Hedge Funds Feel About the Covid Vaccines, he noticed a surprising absence of Moderna, Pfizer, and several other vaccine contenders from our Novus Health Care Index. This indicated a lack of conviction among healthcare specialist managers who held these stocks at the end of Q3.

While we wait for the Novus Health Care Index to update, let’s check in on broader hedge fund movements around the two big vaccines.

What we observe among hedge funds is actually a trend towards selling MRNA. A NASDAQ article suggests there's been a of period profit-taking affecting MRNA’s share price after the initial vaccine rally (Figure 5).

PFE changes tell a similar story, characterized by primarily selling activity and an accompanying decrease in stock price, which began to fall in early December and has been on a downward trend since then (Figure 6).

Between new vaccine results, FDA decisions, and new developments about the virus itself, vaccine stocks have proven rather volatile, even considering the inherent volatility of the biotech sector itself. In both of these cases, the downward price movement and subsequent sell-off aren't terribly surprising—hedge funds realize their gains, and share prices settle back into pre-approval equilibrium. Likely what we’re seeing is the second half of the investment adage, “buy the rumor, sell the news.”

What About Johnson & Johnson?

With their vaccine yet to be authorized for distribution, JNJ has been enjoying upward price movement since before November. Despite this trend, JNJ’s hedge fund ownership is much like the above names, characterized by heavy sell activity in Q4 (Figure 7).

Let’s not forget that it was during the Q4 of 2020 that the US elected Joe Biden as the 46th president. According to CFRA, the period between President Biden’s inauguration and his election saw the best market performance between these two events for any president going back to at least 1952.

President Biden’s campaign initiatives have also positively driven the clean energy sector, as can be seen by the iShares Global Clean Energy ETF in Figure 8.

ICLN was not a significant mover in the market until the first half of 2020 when it quickly started to grow. Hedge fund ownership of this ETF is actually increasing, as an aside, the largest growth being between Q3 and Q4, when the new and increased positions by hedge funds nearly doubled. It would be fair to assume that these growth figures are at least partially attributed to Biden’s presidency and his well-known support for clean energy.

BGR is gradually seeing a turnaround in performance that began in October of 2020 and is continuing into 2021 (Figure 9).

Significant to our discussion is that management is openly working to transition their investments from fossil fuel-based energy sources to renewable energy. This initiative was cited in the trust’s 2020 semi-annual report and may be a primary driver of recent growth. With President Biden in office and somewhat of a light in place at the end of the global pandemic tunnel, this may be a good time to make this transition. In the short-term, moves like this may point to confidence in President Biden’s ability to follow through on his support for clean energy. Over the long-term, actions like this may reflect a positive sentiment toward the transition to sustainable energy in itself.

Socially Responsible Investing On the Rise

One firm that caught our attention in this area is Parnassus Investments, which provides quarterly commentary on how the companies that they hold are positively contributing to ESG (Environmental, Social, and Governance) factors. According to their public filings, Parnassus has performed quite well over the past year, cumulatively outperforming the S&P 500 by over 5% (Figure 10).

Upon initial examination of their top holdings (Figure 11), the connection to socially responsible investing may not be immediately obvious. However, with further consideration of their quarterly Responsible Investing Notes, you will read about how Danaher Corp contributed to the fight against Covid-19, how Verizon released its first Taskforce on Climate-Related Financial Disclosure (TCFD) report, and how Microsoft pledged to be carbon negative by 2030, and many other details about their other holdings not pictured above.

Perhaps it goes without saying—the fourth quarter of 2020 was an action-packed close to a year that will be remembered forever. A year that had its share of tragedy, but also innovation, and many bright spots. We see the lights at the end of the tunnel, brought about by exciting new developments allowing us to look to 2021 and beyond with hope.

The Novus Platform is an ever-evolving toolset that enables investors to visualize their own portfolio data, as well as industry data, in ways that enlighten their investment strategies and uncover trends in the broader market. Novus clients have full access to analyses of our public data set as well as their own private data, which they have the freedom to upload themselves if they choose. Combining public and private data, Novus users have an infinite ability to derive insights with a user-friendly reporting suite and the support of a best-in-class coverage team.

If you would like to find out how Novus can help you succeed, please hit the “Request Demo” button in the footer of this page.

Also be sure to subscribe (below in blue) if you’d like to be notified of our next insights piece, coming soon.