Each quarter, the Novus platform aggregates public filings from the SEC, allowing clients an opportunity to discover new insights and opportunities. 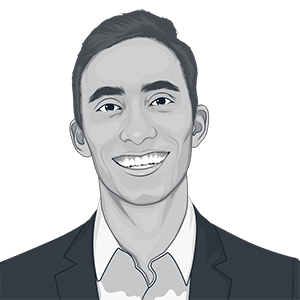 That's it folks, the final quarter of the 2010's is in the books. Because of the 45-day lag, our decade in review post was technically premature (though upon revisiting, the projected trends held true). It was a decade of volatility, shifts, strong equity performance, and a pivotal moment for fundamental long/short managers. It was the decade of the world's first $1 trillion company, and the decade when Britain didn't quite leave the EU.

In this post, we're sharing a few insights after a first look at Feb 15th filings, wherein managers disclosed what stocks they held during the final quarter of 2019. Novus provides clients with an even more thorough analysis, based on the Novus Hedge Fund Universe (HFU), a value weighted portfolio of over 1,500 carefully selected hedge fund managers.

Overall, the aggregate market value of equities held by funds stayed pretty steady, according to filings. The top three "most popular names" were exactly the same between Q4 and Q3, and most others only shuffled up or down a few spots.

One prominent exception was BABA: Alibaba shot up from 11th to 6th as the stock price jumped 28% in Q4.

Celgene was involved in a merger during Q4. Netflix made it back onto the list, up from #25 in Q3. And P&G took a bit of a dive, their 18-month rally finally seeming to have leveled off.

Notably, many hedge funds also increased exposure to an S&P ETF during Q4, likely in reaction to the undeniably strong performance of passives recently.

So long as we're sending the decade out in style, how about a quick nostalgia throwback, for purposes of comparison? The 2009 Q4 top ten names among hedge funds were, in descending order: Wells Fargo, Coca-Cola, BNSF Railway, Apple, JP Morgan Chase, P&G, Bank of America, Citigroup, DirecTV, and American Express.

By now, many have seen the headlines about Berkshire Hathaway's $500 million purchase into the nation's second-largest grocer, Kroger. Each quarter, investors tune in to see what Warren Buffett, George Soros, Bill Ackman and others are up to. The Novus Platform makes it easy to analyze key changes each filings cycle. Here is a visualization from the Novus Platform for Berkshire Hathaway's recent position changes.

In this example, the mouse is hovering over the Kroger position in the bar graph, revealing details about the addition.

The Novus Platform also helps investors track activity at the security level. As an example, we decided to take a look at TSLA and UBER.

Uber hit a new all-time low price of $25.58 on November 6th, which was also the day that the lockup expired. Shares have since increased to $41.08 (as of Feb 19). Hedge funds took advantage of the lower prices in Q4, which has paid off—Uber seems to be approaching their IPO price of $45.

Interested in uncovering even more insights with the Novus Platform? Reach out, and we'd love to give you a personalized tour of our product.