A first look at how hedge funds reacted to COVID-19, as we analyze May 15th's SEC filings. 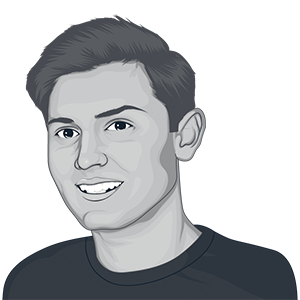 The end of Q1 2020 was one of the most chaotic periods in recent memory. A market with months of steady growth was shocked by a global pandemic, as the S&P 500 index fell more than 30% between February 20 and March 23. Using May 15 SEC filings for Q1, we’ve analyzed which companies were hit the hardest, how investors responded, and the effectiveness of their actions.

Although there was some reshuffling, there were not any drastic changes in commonly held names within the Novus Hedge Fund Universe (HFU).

Apple topped the charts for the second straight quarter, followed by, in a slightly different order, Microsoft, Amazon, Facebook, Bank of America, and Alibaba. Netflix returned to the top 20, and Wells Fargo fell from spot 7 to 13.

In Q1, Coatue Capital bought into Zoom, buying 596k shares, while Tiger Global has maintained its large stake of 1.23m shares since late 2019. Owners of Zoom were rewarded as the share price rose steadily over the quarter, starting at $76.30 and ending at $146.12.

Even if a manager entered closer to the end of the quarter, once COVID-19 became more predominant in the US, the share price rose from $105.00 at the end of February to $174.00 by mid-May.

While Netflix achieved a worldwide consensus regarding one “Joe Exotic” during Q1, they did not see a consensus trend in investor behavior. Two Sigma Investments fully exited its equity stake in Q1 (210k shares), while Viking Global downsized their ownership substantially, from 3.5m to 2.6m shares. Conversely, Appaloosa Management entered Netflix, purchasing 255k shares. The share price plummeted in the first two weeks of March at the onset of the pandemic, from $383 down to $298 on March 14.

It’s possible that some investors chose that dire moment to sell and missed out on the more recent recovery. If investors did not dump NFLX during the wider market panic, they were rewarded: the share price began the year at $335 and is up to $454 in mid-May.

Share price at the start of the year was $6.36 and has fallen from its mid-March spike back to $8.15, as restaurants have begun reopening across the country and delivery has become less critical. However, any of the investors who owned Blue Apron before the spike saw a substantial ROI as the price multiplied 8x in mid-March.

Companies who benefited during the lockdown were the exception. Many companies who were able to adapt to a digital-first way of business mitigated their losses. But there was also a subset who faced extreme disadvantage amidst requirements for social distancing.

Two Sigma Investments and Renaissance Technologies Corp are two large shareholders of SPG and increased their stake throughout Q1: Two Sigma increased share count from 595k to 779k, while Renaissance increased from 542k to just over 1m shares. All parties involved saw the price plummet through the month of March.

SPG began the year with a share price of $145.09 and fell to $44.92 by March 18. It is possible these share increases took place at the end of the quarter to try to buyback the diminished real estate stock. Either way, the price has risen slightly to $57.36 by mid-May, but the real estate market has not been forgiving since the crash at the end of Q1.

Prentice Capital Management and Steadfast Financial were new entries to The Cheesecake Factory in Q1, reporting a stake of 601k shares and 453k shares, respectively. The restaurant began the year with a share price of $38.97 and peaked at $42.25 on 2/20 before rapidly falling to $16.91 by March 16 as restaurants closed nationwide.

It is possible these entries took place at the end of the crash, in an effort to bet on the recovery of the restaurant during Q2; otherwise, these managers experienced a substantial loss. Price has stayed comparatively low, at $19.83 by mid-May as restaurants are only operating at partial capacity.

As companies and countries compete in the race for a vaccine, some hedge funds are placing their bets on the ultimate winner.

D.E. Shaw made a massive investment into Pfizer, increasing shares from just over 4m to almost 11m. Clearly, a vote of confidence in Pfizer as dozens of pharmaceutical companies hope to develop a vaccine for COVID-19. Share price bottomed out at $28.49 on March 23 and has risen to $37.78 by May 18, but the price would surely grow exponentially if Pfizer were to have a medical breakthrough.

Similarly, Renaissance Technologies expressed confidence in Johnson & Johnson's efforts, increasing their stake from 2.02m to 3.1m by the end of Q1. Conversely, Two Sigma Investments redeemed all of its 1.4m shares, while D.E. Shaw (a strong supporter of Pfizer, as mentioned above) downsized its investment from 6.5m shares to 5.3m shares. Since the initial crash at the end of the quarter down to $111.14, the stock price has recovered, but only to roughly its initial value from before the virus of just under $150.