In today's Manager Monday, our analysts dig through the performance of Tourbillion, from the SAC lineage. See how they've outperformed. 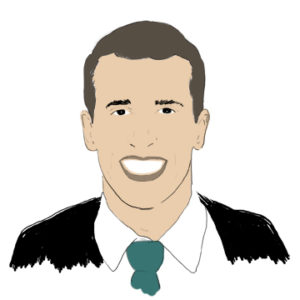 Jason Karp worked at SAC from 2005 to 2009, where he was a generalist portfolio manager and director of research. After a stop as co-chief investment officer of Carlson Capital, Karp launched his own long/short equity hedge fund in January, 2013 with about $250 million under management. He named the fund Tourbillon, after an 18th century device that negates the effect of gravity in a wrist watch. The rise of his fund has had a similar disregard for gravity.

Everything mentioned in this post is sourced exclusively from public data, including the manager’s profile, simulated performance and all other analysis and commentary. The data used here omits the short side, non-equity securities, many non-US securities and all non-public information such as actual fund performance.

Let’s first examine the simulated performance of the fund. Since the first filing date in December 2013, Tourbillon has returned 38% cumulatively against the S&P 500’s 10%. While performance outpaced the markets during 2014, much of this outperformance can be attributed to a strong 2015 YTD.

Tourbillon runs a diversified long book, as can be seen from the 80 positions in the portfolio. This is a big change compared to the 51 names they first filed on 12/31/2013.

Having capital dispersed across such a large number of names makes it difficult for position sizing to play an integral role in driving returns (for the good or the bad). This is confirmed when comparing the manager’s simulated returns with an equal-weighted portfolio. The delta between these two returns is minimal, meaning sizing had a very marginal effect on returns.

Over this time period, Tourbillon achieved a Batting Average of 55%, which is fine, but nothing to write home about. What’s impressive, however, is the Win/Loss ratio of 1.8x. Too often we associate a high win/loss with outsized winners, and forget that the denominator is just as important in this equation (i.e. a manager’s ability to limit losses). Digging further into the data, we see that this exact trend, along with Tourbillon’s diversified stream of winning names, resulted in their strong Win/Loss ratio. Only 6 names detracted more than 100 bps of contribution (only 1 over 200 bps), vs. 13 names contributing greater than 100 bps (7 of which are greater than 200 bps).

Along with a high win/loss ratio, Tourbillon was able to outperform markets via their ability to generate security selection alpha. Over 62% of their 3,100 bps of contribution has come from security selection. A majority of this stemming from investments in Health Care and Consumer Discretionary, two of their core sectors. They know what they’re good at and they stick to it.

As Tourbillon’s assets have increased, they’ve started investing more capital in Large and Mega Cap securities. Mid Cap exposure has been cut in half as Large Cap and Mega Cap have both roughly doubled in exposure.

When investors see a drift like this, they must ask, “why is my manager doing this, and I am profiting from the shift?” For Tourbillon, this change in style appears to be benefiting investors as these larger capitalization buckets have generated higher Returns and slightly greater Alpha.

Tourbillon has been able to outperform the market by limiting outsized losses, generating security selection alpha in their core sectors, and shifting exposure to market cap segments where they’ve demonstrated the greatest amount of skill. Time will tell if the SAC alums can live up to the reputation that Tiger Cubs have garnered; however, if Tourbillon’s fast start is any indication, they’re making a pretty strong argument to be included in the conversation.

An analysis of three different hedge fund strategies and how they generate alpha.

What makes a successful hedge fund manager? We believe that studying performance alone does not adequately answer the question. By looking at thousands of active manager portfolios, we peek under the hood of managers’ investment process and recognize patterns that lead managers to consistent outperformance. These patterns can be viewed as investment skill, or managers’ ability to generate alpha through certain repeatable methods.

In this article we use public ownership data and the Novus Alpha platform to evaluate three very distinct money managers. The three case studies aim to identify the driver of these managers’ success: investment skill.

What’s in the report?