In this Manager Monday, our first on a non-hedge fund, we look at Tortoise Capital Advisors to learn how they outperform. 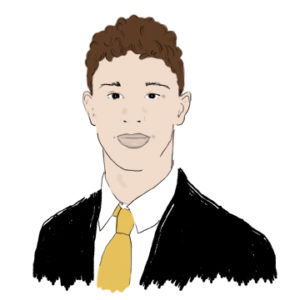 This week’s Manager Monday will part from the world of hedge funds to take a look at Tortoise Capital Advisors. Tortoise, launched in 2002 and headquartered in the Kansas City area, is led by CEO and co-founder Kevin Birzer. Birzer worked in the New York City area for both F. Martin Koenig & Co., concentrating on equity and options, and Drexel Burnham Lambert. During this time he received his MBA from NYU. Birzer then moved to Kansas City and co-founded Fountain Capital Management, a high yield bond firm that was a founding sponsor of Tortoise.

Tortoise manages an assortment of mutual and closed-end funds. All exclusively focus on the energy sector, and often with a particular slant towards infrastructure. Tortoise has pioneered the management of MLP (Master Limited Partnership) funds after establishing the first such vehicle in 2004. It’s important to note that today’s analysis is an amalgamation of all Tortoise’s managed assets and doesn’t reflect individual funds. However, the analysis of the distinct underlying mutual funds is available to Novus clients.

As with all our Manager Mondays, everything mentioned in this post is sourced exclusively from public data, including the manager’s profile, simulated performance and all other analysis. The data used here omits the short side, non-equity securities, many non-US securities and all non-public information such as actual fund performance. Regardless, this data can be incredibly insightful if viewed through the right prism.

Simulating performance since inception shows that Tortoise has returned nearly 250% through April of this year, 105% over the S&P 1500.

The outperformance stands out considering the fund is in the midst of its second biggest drawdown lifetime-to-date. Returns appear stronger when compared to sector benchmarks.

Here, the S&P 1500 Energy index is represented as BM1 and the HFRX MLP index as BM2. Tortoise has managed to outperform a relevant passive benchmark by 170% since December of 2008. In the same time frame it has outperformed an index of Hedge Funds with MLP focused strategies by 145%.

This performance is accompanied by a similar amount of volatility when compared to the benchmarks. The Sharpe ratio of Tortoise is 0.93 compared to a score of 0.35 for the S&P 1500 Energy. Seeing that Tortoise has outperformed the energy industry so tremendously, let’s gain some insight into how.

Breaking down the portfolio into winners and losers is a good start. Of the 324 securities Tortoise invested in, 54.6% of them provided positive contribution. Picking more winning names is a start, but where Tortoise really separates itself is through capital deployment. Nearly 83% of capital was deployed to winning names.

Winners have on average contributed 171bps points. At the same time, Tortoise has minimized the detraction from losers. This has led to an impressive Win/Loss ratio (the metric used to gauge capital deployment) of 5.5x for the company. You can read more about the Win/Loss ratio. As a whole, Tortoise has done a good job of riding winners and cutting losers while concentrating capital in the winning names.

Looking at lifetime attribution on a relative basis allows contribution to be broken down into beta and alpha components.

Huge portions of the portfolio have been invested in the current bull environment. Subsequently, general market movement has driven a huge portion of total contribution. The Energy sector however has provided strong headwinds for returns in the last two years, contributing to lifetime sector detraction of 13,000 bps. The company’s ability to pick energy infrastructure names is evident in the security selection component of the Novus Framework. The selection of individual names has added 9,000 bps of alpha to total contribution since inception.

Strong returns have provided momentum for the creation of new funds and a steep rise in the market value of Tortoise assets. Total market value rose from $380 million to $18.5 billion at its peak before the recent decline.

The number of securities held has risen commensurately from 18 at inception to 183 as of the end of the last quarter.

The sharp jump on 5/31/11 represents the inception date of the Tortoise MLP & Pipeline fund. Such a significant shift in the size and number of securities in all Tortoise vehicles begs the question of how this has affected the composition of the portfolio.

There has been a profound shift out of small cap names and into large cap positions overtime, not an uncommon occurrence with investment managers who have growing amounts of money to manage.

The returns in the larger buckets have been strong. On the surface this should reassure investors that management can continue to generate returns in larger names.

Digging a bit deeper shows that alpha generation is actually greater in small cap names. All other buckets have detracted from contribution when it comes to security selection. This is a trend to watch as the median market capitalization of Tortoise increases.

Slow and Steady Wins the Race

As the company’s name might suggest, Tortoise claims to invest with long term horizons. Such an investment theory has afforded them the ability to take illiquid positions without worrying about moving out of these names rapidly. As the liquidity profile for MLPs is generally lower than other public equities, this is an important ideology for Tortoise to embrace. For 80% of their positions, it would take a month or longer to exit the name, assuming they could sell 20% of the trailing 90-day ADV each day.

This has paid off handsomely for the firm with strong annualized returns in the less liquid securities.

Tortoise has significantly outperformed market and sector benchmarks over time. Impressively, the company seems to have successfully managed the influx of assets accompanying such strong returns. The ability to allocate huge proportions of capital to winning names has been remarkable. Taking illiquid positions, inherent to investing in MLPs, has been rewarding. Some firms may brag about their lightning pace but, for at least this Manager Monday, slow and steady wins the race.

The ‘New Normal’ for Institutional Investors

At Novus, we are firm believers in investing in skill and its tangible benefit over perception and a recency of returns. Our roots lie in hedge fund allocating, and we’ve witnessed several regimes of evolution in the space. Our research clearly shows that alpha generation is harder than it was 10 or even 20 years ago. Rather than abandoning active management, we believe internal tooling, process, and self-reflective analytics are more important than ever. In a world of scarce extrinsic alpha, Institutional Investors (and by extension managers) must manage intrinsic sources of alpha.

In this report, we outline several concepts around mean-reversion, the need for better GP/LP alignment, diversification benefit of assets, and true measurement of performance to help Institutional Investors grapple with this ‘New Normal’ in hedge fund allocating.