In our latest Manager Monday, we dig through Starboard Value LP's public filings to learn how they've outperformed. 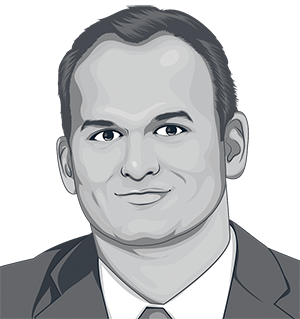 In the wake of his successful 2014 proxy contest to replace the entire board of Darden Restaurants, Jeff Smith, CEO of activist hedge fund Starboard Value, was dubbed by Fortune magazine “the most feared man in corporate America.” Beyond the sphere of Wall Street, Starboard’s Darden campaign even attracted some popular media attention when HBO’s John Oliver, lampooning the Olive Garden restaurant chain on Last Week Tonight, quoted several times from the firm’s detailed analysis. Founded in 2011 as an independent firm, having spun out of Ramius LLC, Starboard focuses on buying undervalued shares of businesses, where Smith and his team see a clear opportunity and pathway to enhance shareholder value through activist engagement.

As usual for our Manager Mondays, all of the information mentioned in this post is sourced exclusively from public data, including the manager’s profile, simulated performance, and all other analysis and commentary. The data used here omits the short side, non-equity securities, many non-US securities and all non-public information such as actual fund performance. To simulate performance and determine portfolio attributes such as liquidity, we combine public holdings data with market and pricing data and make simple assumptions. The period analyzed here is July 2011 through January 2016.

From July 2011 to January 2016, simulated returns, based on Starboard’s 13F filings, outperformed the S&P 500 cumulatively by over 30%, suggesting meaningful alpha generated on the long side on a grossed-up basis.

During this same period, assets under management appear to have increased dramatically based on a move from under $200 million in reported 13F long positions to a peak of over $3 billion.

Top ten positions have represented between 71% and 90% of simulated exposure throughout this period, with an average of 88%, indicating that the fund has maintained a highly concentrated portfolio (not unusual for an activist strategy), even as implied AUM has risen by multiples.

Given the portfolio’s initial concentration in micro and small cap positions, the dramatic rise in AUM, and the continued concentration in top ten names (there are only so many activist campaigns a single firm can wage simultaneously), the portfolio’s steady evolution towards larger market cap exposure should not really come as a surprise. All else being equal, as AUM rose, the fund likely neared and then exceeded its capacity to run a concentrated strategy primarily in smaller cap names and so incrementally stepped up exposure to mid and then large cap names over time. The question is, does this matter?

If we look at cumulative contribution to simulated returns by market cap, we can see that historical gains to date were primarily generated in small and midcap positions.

The simulation data also indicates impressive batting averages for the strategy in the small and mid-cap categories, at or around 70%, while the batting average to date in large cap represents just under 50%.

Breaking out the simulation’s win/loss ratio by market cap reveals an impressive 5.72 for small caps and 2.68 for mid-caps, while newer exposure to the large cap space has yet to yield such results.

While it might be too soon to draw conclusions about the fund’s more recent track record in the large cap space (activist campaigns, after all, often take years to reach their denouement), the simulation data suggests that as of yet this territory remains somewhat unproven ground for the strategy from a performance perspective, as compared to its meaningful success in the small and midcap space.

Looking at sector exposures over time, another interesting trend emerges, namely a dramatic tapering down of exposure to Information Technology. IT represented a majority of the simulated portfolio’s exposure in 2011, only to compress down to approximately 10% in 2016, as shown in purple section of the chart below.

Why might this matter? The sector contribution bar chart below indicates that over half the total simulated percentage points generated over the period (50 out of 96) derive from Information Technology. Over a fifth of contribution derives from Consumer Discretionary, which has increased over time to become the largest sector exposure in the simulated book.

The question all of this raises is whether the opportunity set for activism in which Starboard is currently engaged, among a range of small, mid, and large cap companies, with greater emphasis on Consumer Discretionary, will bear similar rewards as those they have found historically in the small-to-mid cap space alone, with meaningful, though not exclusive, focus on the IT sector.

In recent years, top tier activists have begun targeting large cap companies, with notable success, which bodes well for Starboard’s entry into the space. As a general trend, activists are winning more broad support from institutional investors on the merit of their ideas, causing even blue chip large cap companies to be more attentive and open to creative discussion about maximizing shareholder value. Starboard’s success in overhauling the board of Darden in 2014 demonstrates that their analytic and tactical prowess as activists can clearly be effective in running larger cap campaigns, despite the greater likelihood of larger companies having more sophisticated boards and greater resources in their PR and legal departments to mount a robust defense.

Assuming Starboard’s continued success with larger cap campaigns, the question remains whether the IRRs for these investments will ultimately prove as high as they were for Starboard in small and mid-caps. The small cap space lends itself well to Starboard’s style of fundamental deep value-oriented activist investing, particularly in sectors like IT, where companies suffering from second product syndrome can more often be found—that is to say, where the underlying profitability of a company’s initial core product (which typically enabled it to go public in the first place) is masked by prolonged expenditure on a failed secondary growth initiative. For these types of situations, an opportunity for renewed profitability can potentially be fulfilled by an activist by implementing a relatively straightforward process of shutting down failing projects to eliminate ongoing expenditures yielding negative ROI. In addition, underfollowed companies might also be more readily found in the small cap space trading at significant discounts to the sum value of their net assets, including cash, tangible assets, and patented IP (for example in the technology or healthcare industries), offering the activist not only meaningful upside if they can affect a hard-catalyst realization of this value differential, but also margin of safety. As companies grow, however, they often become more complex in terms of their assets and financial structure, their range of product/service offerings, and their corporate structure. As a result, an activist seeking analogous active value opportunities in larger cap stocks, may more often need to consider formulating broader plans for change that involve a greater mix of incremental operational improvements and corporate actions to play out over time.

In addition to Darden Restaurants, as of 2015 year end, Starboard held positions in household names Yahoo, Advance Auto Parts, and Macy’s, among others. These investments should serve as an opportunity for Starboard to prove that their brand of deep value activism, historically focused on less well-known companies in the small-to-mid cap range, can yield as strong results going forward with increased exposure to larger-sized companies.

Securities investing is a challenging game to master. Part financial modeling, part domain expertise, part vision; we are constantly reminded – and humbled – by how demanding this vocation can be.

What makes investing so hard is the seeming omniscience of your foe – the market – a living and breathing reflection of all financial speculators. Its long term track record and increasingly cheap availability is the hurdle for success. The most storied investors of all-time, from Warren Buffet to Joel Greenblatt, and from Julian Robertson to David Einhorn have been carefully studied in hopes of emulating their brilliant track record.

We believe that one of the few untapped frontiers in alpha generation is measuring and putting process around forecasting. In this collaborative piece between Novus and Alpha Theory, we’ll explore ways that fund managers can generate additional alpha by becoming more process-oriented securities forecasters.