The latest in our award-winning series, this Manager Monday take a look into Berkshire Hathaway's public holdings. 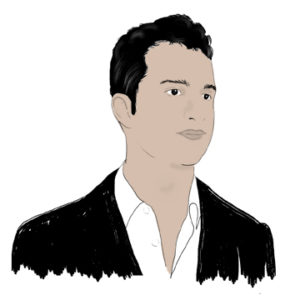 Every year, the entire investment industry eagerly awaits the publication of Berkshire Hathaway’s annual shareholder letter. While we devour these letters to glean insight from the Oracle of Omaha and Charlie Munger, we’ve always shied away from decomposing the skills exhibited in their underlying investments. Sure, we’ve written about various legends in the Hedge Fund industry, but all pale in comparison to the track record, success, and impact that Buffett and Munger have managed to produce at Berkshire Hathaway. Hoping to stay humble, this piece will be more of a reflection of some of the trends within the Berkshire conglomerate rather than our traditional historical decomposition of behavior and skill-set.

Everything mentioned in this post is sourced exclusively from public data, including the manager’s profile, simulated performance, and all other analysis and commentary. The data used here omits the short side, non-equity securities, many non-US securities and all non-public information such as actual fund performance. To simulate performance and determine portfolio attributes such as liquidity, we combine public holdings data with market and pricing data and make simple assumptions.

Specifically for Berkshire, this analysis will exclude private holdings such as BNSF, and the vast majority of Berkshire’s insurance holdings. To give a sense, the market capitalization of Berkshire as of this piece’s writing is roughly $330bn. The aggregate holdings in this analysis represent ~40% of that economic interest at $127bn of reported market value as of 12/31/2015.

While Buffet spent little time discussing it in his letter, it doesn’t take Novus analytics to tell an investor that 2015 wasn’t particularly kind to BRK shares. With the market ending a turbulent year relatively flat, BRK shares dropped nearly 12.5%, one of the worst non-recessionary years in its fabled history (which still has compounded share price appreciation over 20% annualized for 5 decades). Our simulated analysis of the ~130bn of marketable Berkshire holdings register a loss of 512 bps, driven by a few outsized losers in AXP, IBM, and WMT:

This result from an advanced metrics standpoint is highly divergent from Berkshire’s historical track record that we record back to 12/31/1998, specifically the win/loss ratio that was dragged down in 2015 from the aforementioned losers:

Investors may wonder if Buffett still has the magic, or if the size of Berkshire has made it impossible to compound at the rates it historically enjoyed (more on that later). Buffett makes note of his change in investment philosophy over the years due to the shift in size. Many attribute the first change as part of Munger’s influence on him evolving beyond classic Graham-style value investments into buying quality businesses even at a potentially expensive multiple. Many now point to the recent collaborations with 3G Capital (the second change) as a further evolution in focusing on productivity growth through reorganization. As Buffet wrote in his most recent letter:

“Their method, at which they have been extraordinarily successful, is to buy companies that offer an opportunity for eliminating many unnecessary costs and then – very promptly – to make the moves that will get the job done. Their actions significantly boost productivity, the all-important factor in America’s economic growth over the past 240 years. Without more output of desired goods and services per working hour – that’s the measure of productivity gains – an economy inevitably stagnates. At much of corporate America, truly major gains in productivity are possible, a fact offering opportunities to Jorge Paulo and his associates.”

In their letter, Buffet addresses some changes to underlying holdings. Markets are still digesting Berkshire’s impending acquisition of Precision Castparts, an aerospace manufacturing giant. In addition to PCP, Buffett also highlighted the purchase of shares in WFC and IBM, coupled with the increase in economic interest by virtue of KO and APX retiring shares:

“Berkshire increased its ownership interest last year in each of its “Big Four” investments – American Express, Coca-Cola, IBM and Wells Fargo. We purchased additional shares of IBM (increasing our ownership to 8.4% versus 7.8% at yearend 2014) and Wells Fargo (going to 9.8% from 9.4%). At the other two companies, Coca-Cola and American Express, stock repurchases raised our percentage ownership. Our equity in Coca-Cola grew from 9.2% to 9.3%, and our interest in American Express increased from 14.8% to 15.6%. In case you think these seemingly small changes aren’t important, consider this math: For the four companies in aggregate, each increase of one percentage point in our ownership raises Bershire’s portion of their annual earnings by about $500 million.”

Indeed, we can see those portfolio changes in calendar year 2015. Noticeably absent was any mention of their reduction in shares of WMT:

Of course, what also made recent headlines was Berkshire’s investment in Kinder Morgan; probably a directive of “junior” portfolio managers Todd Combs and Ted Weschler, as the name isn’t your classic Buffet prescriptive. Berkshire filed nearly 26.5mm shares of the beleaguered midstream company, and assuming a purchase price of their 12/31/15 13F filing, we model a tidy $79mm economic profit on the acquisition through Friday’s close:

We wrote about the plight of platform companies in a piece some weeks ago. These companies were heralded as the new Berkshire Hathaways only a scant few months ago. In the piece, we broke down the troubling implicit leverage and debt ratios of these companies. When we analyze Berkshire’s underlying companies, we see very different fundamentals. P/B may be less applicable given the underlying financial exposure in their portfolio, but historical price earnings and look-through leverage are below both the platform companies, as well as broader market indices:

Some may argue that financial leverage has been a key ingredient to Berkshire’s success, but that it is largely a function of the float they generate through their insurance arms. What cannot be argued is the increase in market capitalization of Berkshire’s holdings. The weighted average market capitalization of their public holdings is well beyond mega-cap territory; well over 120bn as of their most recent filing:

The most glaring effect on their portfolio’s performance has been an inability for them to generate their highest CAGRs in their meatiest positions. We see this by comparing an equal-weighted capital allocation of Berkshire’s positions rebalanced monthly over 15+ years, compared to their actual sizing. The equal-weighted portfolio trounces Berkshire’s simulated returns. Some of this is skewed given their most influential holdings are privates. Nonetheless, the message is clear: when you annualize at over 20%, it’s hard to find 100bn public companies that foot that bill!

Believers in Buffet and mean reversion may view 2016 as a time to buy in on a proven track record of outperformance in a period of market inflection. While short interest is relatively depressed for BRK shares, they have been elevated for several of its major holdings. Nevertheless, active managers continue to flock towards BRK shares, as the company has been a consistent top 10 position in our hedge fund universe conviction index. Collapsing A and B shares, we can see that 142 managers filed in excess of $7.5bn of reported value in the stock:

The biggest question for the future is how Berkshire’s staple companies such as AXP, WMT, and IBM, and even its insurance staples like GEICO will fare in a world of financial, e-commerce, cloud computing, and self-driving disruption. What remains clear is Buffett’s portfolio is well poised for a market rewarding value and balance sheet stability. 2016 will indeed be an interesting year for the Oracle.