Baker Brothers Advisors is one of the most respected Hedge Funds. Read our latest analysis to understand the source of their outperformance. 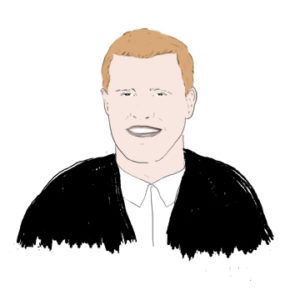 Baker Brothers Advisors is a biotech and pharma focused investment firm founded by brothers Julian Baker and Felix Baker, PhD in 2000. The Baker brothers have a unique combination of medical and financial knowledge with Julian graduating from Harvard into the world of finance a la Credit Suisse wealth management and Felix receiving a PhD in Immunology from Stanford University. Both brothers keep low professional and personal profiles, offering limited press engagements. However, their impressive ability to navigate the volatile world of biotech and pharma investing does not go unnoticed.

During this same period, assets under management increased remarkably from $282mm in reported 13F long position to ~$10.2bn.

This rise in assets can put significant strain on idea selection and portfolio construction and can destroy value if a manager is not equipped to deal with increased flows. More pressing is that Baker Brothers’ strategy relies on exposure to smaller market cap names.

As AUM rises, management has three options at their disposal to deal with capital inflows: (i) scale up the market cap spectrum, (ii) increase the number of positions or (iii) do nothing and let liquidity slide. Because Baker Brothers specializes in biotech and pharma companies, their investible universe is limited to smaller market caps. Here we see Baker Brothers deciding to stay within smaller market cap names – the median market cap for Baker Brothers’ securities is typically between $200mm – $600mm.

Given the choice to stay in smaller market cap names, Baker Brothers can either increase number of positions, or increase allocation to existing positions and let liquidity slide.

With the median market cap remaining little changed and liquidity recently increase, Baker Brothers’ most noticeable decision to deal with the rise in assets was to increase number of positions; from the mid-fifties in late 2011 to 140 by March 2016.

It is important to note that despite this large growth in number of positions since late 2011, concentration stayed relatively unchanged. Top 20 positions represented between 85% and 92% of portfolio exposure throughout this period, indicating a maintenance of large position sizing in core names.

Given the volatile nature of biotech and pharma equity valuations – FDA approvals, clinical trials, etc. – the ability to always select the right company can be hard. Baker Brothers, a specialist in those fields, prove that even the best minds are never right every time.

The proof of Baker Brothers ability to pick the right names and size accordingly, whether in mid or large cap names, is evidenced by the Novus Position Sizing Simulation. Since 2005, Baker Brothers’ position sizing decisions outperformed an equally weighted portfolio by ~214%.

Because Baker Brothers is a sector specialist, it is difficult to judge the ability of the firm to generate alpha through active decisions in its sector composition. But market cap changes reflect active management decisions and an analysis of those changes can help determine whether or not Baker Brothers generates alpha as part of its investment strategy.

Clearly, even as Baker Brothers grew number of position it still found itself with an increased exposure to ever larger market caps. Mid and large cap names are currently the largest exposures whereas micro and small caps were, historically, the largest exposures. As Baker Bros moved up the market cap spectrum, alpha generation was positive for mid and large cap names. Of the 66,535bps of total, historical portfolio contribution, ~60% came from mid and large cap alpha, key drivers of performance returns from 2011 to 2015. However, mega cap alpha detracted slightly from performance.

At Novus we believe consistency and persistence of alpha generation are important elements when judging a manager’s differentiation to its peers. Rather than solely assessing market cap alpha over all time, on way to measure consistency to view alpha year over year:

Except for 2007, Baker Brothers’ selection alpha was positive every year from 2005 to 2015, even during a very difficult 2008.   Additionally, looking at Baker Brothers through a longer term analysis, we can clearly see a growth in the rolling 3 year active premium (Baker Brothers Returns – Market Returns). The positive, upward trend of the line graphs highlights Baker Brothers’ ability to consistently generate market beating returns.

Baker Brothers operates in a specific sleeve of the Health Care sector populated by smaller market cap companies with valuations that can take off or fizzle out. Evidenced by a growing number of positions, Baker Brothers chooses to continue operating in that sector and market cap space as the firm’s assets grow. The continued bellwether of Baker Brothers’ success will be its fundamental approach to identifying winning names and allocate capital accordingly. However, given the alpha detraction of mega cap names and portfolio illiquidity, the question of whether or not the current strategy can persist in a firm with further asset growth remains to be seen.

Although managers have increased the transparency that they provide to investors, moving from just returns to monthly risk reports or better, there is a way to learn more about a manager without asking for increased private transparency: public positions.

For this report, we created an example manager with monthly risk reports that have sector and market cap breakdowns since January of 2011, along with some other top level stats like concentration of the top 10 names(%). Here we will show investors how to evaluate their managers using both private risk reports and public positions to ensure their investments are paying off.