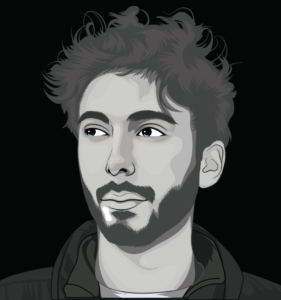 Helicopters and airplanes are based on the same concept: when enough air hits a surface, you’ll get enough lift to fly. This principle, however, is engineered in very different ways. Similarly, Goldman Sachs VIP ETF and Barclays Conviction Index are built on a similar premise—when a lot of hedge funds like a stock, pay attention!—but the details of execution differ, leading to unique construction and, inevitably, different performance.

Novus curates the underlying data for the Barclays Conviction Index, relying on intellectual property resulting from a decade’s worth of experience working with large institutional investors on optimal portfolio construction. As such, we felt it would be an interesting intellectual exercise to evaluate these two indices side-by-side, using Novus analytical tools to explore their differences.

Let’s start at the very beginning, the data source. A manager’s real-time holdings aren’t publicly available, but all investors with at least 100 million USD in assets under management are required to disclose their long book (or, more precisely, the part of the long book consisting of US-listed securities) each quarter, 45 days after the calendar quarter ends. Thus, on August 15th, we’ll know who owned what and in what quantity as of June 30th. This filing, the 13F form, is the fundamental data source for both the indices.

Since, as mentioned, the long book snapshots contained in these filings are 45 days old, one could argue that a relevant portion of the reported positions may have already closed and the signal they carry is no longer useful.

While the critique is valid, a large portion of the dataset still contains valuable information. We can limit the amount of noise caused by closed positions by focusing on the more fundamentally driven managers, who base their choices on long-lived signals and whose portfolios tend to vary less over time. Here the path followed by Goldman Sachs (GS) and Barclays starts to diverge. The VIP index, namely, limits their universe to those filings with 10–200 equity positions, as systematic funds generally hold a greater number of securities. The Barclays Conviction Index (CI), on the other hand, takes a more qualitative approach to refining their universe; selecting filers who show a fundamental, long-term approach to return generation on the basis of the Novus Proprietary Manager Classification System.

Coincidentally, both indices are comprised of fifty stocks. However, the criteria applied by GS and Barclays to decide on those fifty stocks differs; they stem from the same root but develop in different ways. According to the VIP Index, a position is relevant if it is among the ten largest positions for an asset manager, whereas Barclays Conviction selects stocks whose size in the portfolio meets an optimal threshold. The latter approach is designed to avoid including positions that only marginally deviate from the average position size—those which increase the noise without carrying strong information on the manager’s convictions.

Imagine that a manager holds an almost equally weighted portfolio of 200 securities, with the largest positions not weighting more than 0.6%. Goldman Sachs will still consider the largest ten positions, while Barclays would not.

The last step is the same for both indices: securities are ranked according to the number of times they were defined relevant across the different asset managers, and the first fifty are selected to form an initially equally weighted portfolio, which is rebalanced every quarter.

Considering that these two indices originate from the same data source, and that the stock selection criteria—though built and applied in different ways—sprout from the same principle, one might expect the indices to hold almost the same stocks. This, however, is not quite the case: out of the fifty stocks selected by GS in February, twenty were absent from the Barclays Conviction Index.

These differences are also reflected in the sector exposures of the two indices (See Figure 1). For example, the Novus-Barclays Index has much more to the financial sector, while the GS VIP Index has greater exposure to Healthcare stocks.

From the beginning of the year to the beginning of May, Barclays, index was up by 21.89%, while GS had a performance of 18.03%. Seeing as the S&P 1500 Financials outperformed the S&P 1500 Healthcare by 11.62 percentage points during the first four months of 2019, we might feel like we’ve found a clue to explain Barclays’ stronger showing.

However, just as a single detail of a zoomed-in photo is misleading when it comes to understanding a bigger picture, a single data point might not explain the difference in performance between two indices. The Novus Framework comes in particularly handy when conducting deeper analysis, as it systematically decomposes portfolio returns into four additive constituents: market contribution, sector exposure contribution, stock selection contribution, and a residual (trading) contribution. See Figure 2 below for a Novus Framework analysis of the two indices returns for the beginning of 2019.

Since both the GS VIP and the Barclays CI hold stocks listed in the US, the market contribution is, as expected, fairly similar. Things get more interesting when we take a closer look at the other elements. Based on what we’ve noted above about the relative exposure to and performance of the Financial and Healthcare sectors, one might expect that sector contribution, the second element of the Novus Framework, would have been much higher for Barclays CI than for GS VIP. Yet this isn’t the case; the sector contribution of the GS Index was 120.86 bps, while the sector specific contribution for the Barclays-Novus Index was a negative 22.18 bps, meaning the performance attributed to sector exposures detracted from the overall portfolio return. This insight highlights the value of using an analytic tool that can parse in finer detail broader data sets.

Figure 2 — Novus Framework analysis of the two indices for Jan through May 2019.

The third piece of this framework tells us yet another unique story. The security contribution for the VIP index is 206.81 bps, and for the Barclays-Novus Conviction Index, the contribution totaled 523.20 bps.. This means that Barclays Conviction Index stocks—and, to a lesser extent the GS VIP stocks—have outperformed stocks operating in the same sector. This last metric is particularly relevant in assessing whether these indices were able to accurately identify the best ideas on the Street at the time. Although they receive different grades based on the Novus Framework, both of these indices passed our test during the first part of 2019.

This article reflects the opinions and views of the author alone. Any information in this article is provided for information purposes only, does not constitute investment advice, or an offer to buy or sell securities, and should not be deemed to be a recommendation to make any investment. Novus is not an investment adviser, broker dealer, or financial institution and does not offer or provide advice regarding analysis of securities or effecting transactions in securities.