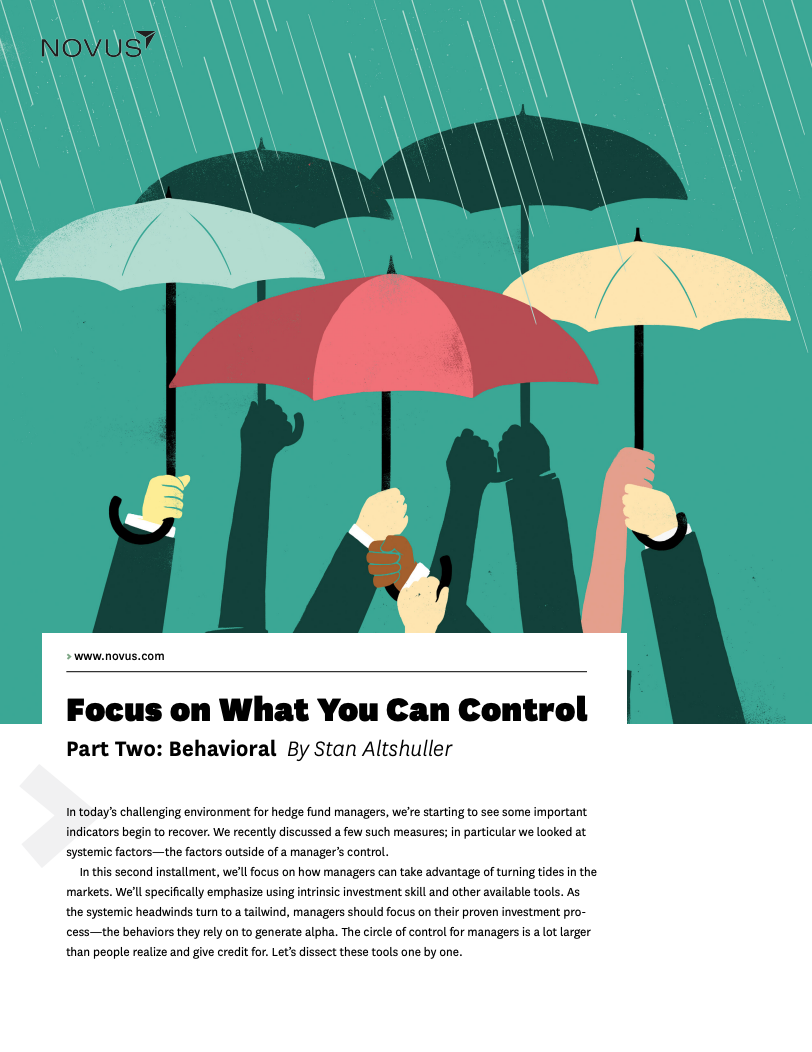 Focus On What You Can Control, Part Two: Behavioral

In his popular book, The Seven Habits of Highly Effective People, Stephen Covey argues that the number one habit of productive people is to be proactive where it matters. He recommends focusing effort and energy on your circle of influence rather than your circle of concern. You have control over the former; the latter is independent of you and your actions. It's helpful to view the challenges facing active investment managers in this light, because most of the discussion regarding underperformance focuses on the circle of concern and not on the circle of influence.

Using this framework for our research on the growing role of hedge fund crowding, we compiled two groups of challenges confronting hedge fund managers; one group is systemic, a function of the current market environment, in Covey's words, the circle of concern‚ and the other is behavioral, the circle of influence.

In part one of this series, we went through the systemic issues hurting hedge funds one by one in order to understand how managers can generate higher returns.

In the final part, we reviewed thousands of hedge fund managers within our proprietary Hedge Fund Universe, compiling a list of seven correctable mistakes that can lead to an increase in annual return.