The Madness of the Masses and Wisdom of the Crowd

A group of hedge funds hasn’t been this bearish since the lead up to the financial crisis. Prudent investors should heed the inclinations of this crowd. 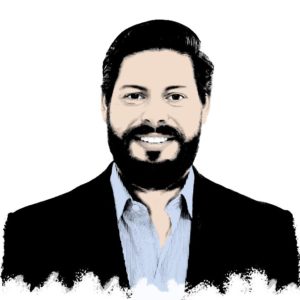 We are pleased to present the following guest post by Kellogg C. Hamann. The original version of this article was published in Absolute Return on June 5th, 2018.

The Wisdom of Crowds, written in 2004 by James Surowiecki, retells an anecdote first published in a paper by Sir Francis Galton titled “Vox Populi” (Latin for “voice of the people”). The anecdote details the results of a contest at the Fat Stock and Poultry Exhibition in Plymouth, England, where roughly 800 paying contestants guessed the weight of a slaughtered and dressed ox. Astonishingly, the average of the 800 guesses was less than 1% away from the actual weight.

The wisdom of crowds exists, but so does the madness of crowds. As Surowiecki writes, accessing the wisdom requires certain conditions and inputs: diversity of opinion, independent thinking, decentralization and a mechanism for aggregating these private judgements into a collective decision.

When these conditions are met, the collective thinking of a crowd can be truly wise. Relying on the insight of the crowd can be extremely effective when dealing with questions that have right or wrong answers, like “will the stock market go up this quarter?”

One presumably insightful crowd of investors who could answer that question is the hedge fund community, and a record of their decision-making is on display, in part, in form 13-F filings. One approach to harvesting the information content of their trading reveals that wisdom among the hedge fund crowd may exist, and the track record of the metric that reveals this wisdom is compelling enough to consider the current forecast of this wise crowd of investors.

The pool of contestants in Plymouth included farmers and butchers. Had it included Wall Street traders who had never stepped foot in the countryside, it’s likely the vox populi would have been much more than ten pounds away from the actual weight of the ox. This suggests a fifth item should be added to James’ list of criteria: Forecasters should have some knowledge of what’s required to levy a thoughtful opinion on a matter. Or, simply stated: the crowd matters.

The hedge fund universe is diverse. To appropriately exploit the wisdom of the hedge fund crowd requires de-emphasizing input from certain hedge funds. Including every hedge fund in an analysis to forecast market performance is like giving equal consideration to the guesses of city-dwelling stock traders and the butchers and farmers of Plymouth in a competition to predict an ox’s weight.

The Wisdom of the Hedge Fund Crowd

Hedge funds can be ranked according to the skill they possess over time. Our research, presented in Figure 1, shows the risk tolerance of a crowd of hedge funds scoring highly on our proprietary skill metric tends to be prescient and forecast index returns.

Figure 1 displays the beta tilt, or average beta value, of certain stocks our “wise managers” have allocated capital to over time. As an example of the forecasting power of this metric, consider the path of the beta tilt and the corresponding market returns leading up to and exiting the financial crisis.

Now consider the recent path of the beta tilt and the current value of 0.84. The crowd of “wise managers” has become intensely defensive, if not outright bearish. The crowd is betting continued market gains are not the odds-on bet.

Figure 2 is perhaps easier to interpret. A beta reading of 0.85 or below has occurred in only ­seven of 43 instances since August 2007. The table reveals the range of future performance outcomes is wide, but the average forward one-quarter performance of the Russell 2000 in those seven instances was a loss of 8.3%.

Figure 3 dives deeper and shows each event in the sample of beta tilts below 0.85 (beta figures are rounded up in the table). In five of the seven instances where the beta tilt fell below 0.85, the market generated an average loss of 15% over the next 90 day period. In the two instances the market was up, the average gain was only 8%.

Expected value math reveals that based on this metric alone, one would forecast the market to fall by 8.4% over the next 90 days.

Certainty in markets is perpetually elusive, but certainty isn’t required to achieve investment success. Probabilistic forecasts have utility, and while the indices have recently demonstrated resilience, it’s up to investors to decide if continued index advances reflect the wisdom of the crowd or the madness of the crowd. The mosaic approach of opinion construction requires the consideration of many data points, but what we see here is a historically wise crowd predicting this ox of a market is about to be slaughtered and dressed.