AAPL drastically outperforms, and the momentum continues for the general market in March, making for an encouraging end to Q1. 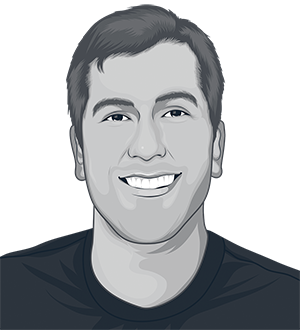 The market continued its 2019 surge through March, bringing YTD returns across a number of US indices well north of ten percentage points. Large companies drove most of the gains for the month, while the Russell 2000 saw a decline of -2.14%. The Hedge Fund Universe (HFU) returned an additional 100 basis points, bringing YTD performance to 14.22%. Through the first quarter, the HFU has outpaced the S&P 500 by about 50 bps.

Like last month, the Consumer Discretionary and Health Care sectors continued to show positive alpha during March. The Hedge Fund Universe saw its largest alpha contribution come from Technology and Real Estate, with benchmark returns of 4.40% and 4.32%, respectively. Industrials and Financials were the lone underperformers.

On an individual security basis, Apple drastically outperformed the pack with MTD alpha of 10.66— Amazon continued its resurgence as the second highest generator of alpha for the month of March. Apple and Amazon are both are trending in the right direction as they look to rebound to their 2018 highs. The acquisition of 21st Century Fox by Disney also returned 21st Century Fox to YTD positive alpha territory following the merger on March 20, 2019.

In a reversal from last month, Conviction moved into the driver’s seat to lead the Novus 4C Indices in March, providing gains of 3.18%. Concentration, the YTD leader, was flat for the month. The sole detractor, Crowdedness, was down -0.27%.

March continued to trend in a very positive direction for the general market. Calming trade tensions and strong earnings have paved the way to reduced market volatility. The market will look to continue its double digit return surge through April with the coming of April earnings announcements.