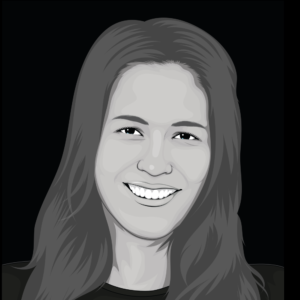 Alden Global Capital, Tenzing Global Investors, and Mason Hill Advisors topped off the best performing managers for July, with implied returns of 18.69%, 17.29%, and 13.11% respectively. Mak Capital One and Diker Management rounded out the Top 5.

Apple staked its claim yet again as the top alpha generating stock for hedge funds in July, with an excess return of 9.34% beyond the market and sector. Their stock surge comes as no surprise given improved iPhone sales and robust non-iPhone revenue. Triple Mocha Frappuccinos also had a great month, as Starbucks generated an alpha of 2.68% and store sales rose 6% in July. Another newcomer to the top five stocks this month was First Data. A July 24th announcement about its acquisition by Fiserv gave this fin-tech company a healthy boost, contributing to First Data’s MTD alpha of 2.48%

Seven out of eleven sectors generated positive ROIC for the Hedge Fund Universe in July. Health Care investors were still able to generate alpha in the sector despite negative returns. Driven by biotech, this sector is shaping up to be a true standout of 2019.

Novus’ Conviction Index led the Novus 4Cs for July with 1.94% returns for the month and 26.49% for the year. Consensus followed at 1.46%. Crowdedness and Concentration constituents experienced a difficult month, dragging hedge funds down with returns of -2.51% and -3.79% respectively.

Markets clearly reacted to July’s announcement of the US GDP, which revealed the economy slowed from 3.1% growth in Q1 to 2.1% in Q2. This was balanced out with a strong jobs report, which pleasantly surprised many experts. For every hot there seems to be a counteracting cold—consumer expenditures rise 4.3% even as business investments decline 5.5%. While the collective outcome lies within healthy growth targets, the Fed ultimately decided to cut rates for the first time since 2008. After slow but steady recovery from the global recession in 2008, July numbers have some experts suggesting we may have reached a plateau.