State of the Industry: August 2019

During a down month, Real Estate was the only positive sector, Consensus beat Conviction, and funds found alpha in TGD, MSFT, and others. 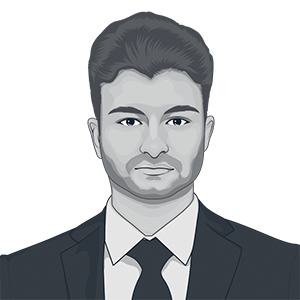 The market’s uptrend following the downturn in May continued through July but then did an about-face in August. The S&P 500 returned -1.59% and the Russell 2000 dropped -4.92%. Comparing these returns with the YTD returns (18.25% and 11.79% respectively), it is evident that August was not an easy month for investors. The US-China trade war escalated to new highs and put equities under pressure. Protests flared in Hong Kong and investor sentiment towards the economic outlook also took a hit. Following a rally in US treasuries, the yield curve inverted with the 10-year yield falling below the 2-year rate. As many investors know, the yield curve has a solid track record of forecasting a recession. We will check in on the Novus Hedge Fund Universe (HFU) to see how Hedge Funds managed in this undeniably difficult month.

Oakcliff Capital Partners was one of the best performing managers this month generating a return of 6.79%. Using the Novus Framework, we see that Oakcliff generated a large portion of its alpha from Appian Corp, which increased 51% in value during August. This increase in value comes on the heels of a 41% increase in subscription revenue and a 12% increase in total revenue for the PaaS company.

A brand new list of alpha generating stocks emerged in August—not one of the names from last month reappeared. Transdigm Group led the pack with an excess return of 4.06 bps above the market and sector. Microsoft followed, generating 3.84 bps of alpha for the HFU. This comes as a surprise for most investors as trade tensions and recession fears negatively impacted most tech stocks. Microsoft, however, managed to close a deal in August with Indian telecom giant Reliance, effectively separating them from the other negatively contributing tech names. Charter Communications (3.80 bps), S&P Global (3.03 bps) and Adaptive Biotech (3.02 bps) completed the Top 5 list.

Looking at the HFU sector returns, Real Estate is the only sector that generated a positive ROIC of 2.70%. This comes as no surprise given that in previous cycles, REITs tended to perform well following a yield curve inversion. Energy (-8.78%), Financials (-4.77%), and Industrials (-4.21%) were the biggest detractors. Despite generating positive alpha last month, the Health Care sector generated a ROIC of -2.20% and detracted alpha for the month.

Among the Novus 4Cs, Conviction, despite being the top performing index YTD with a 21.92% return, generated a negative return for the month of August (-2.96%). This was also true for Conviction’s sister indices last month with Consensus (-2.73%), Crowdedness (-3.86%) and Concentration (-7.7%) all reporting negative returns. PG&E Corp was the largest alpha detractor (-198 bps) of the Concentration Index, as investors heard that the utility company would have to turn over up to $18 billion in damages to California wildfire victims.

Though August was not an easy month, bulls should still have reason to remain optimistic. Markets are managing to stay afloat even as geopolitical risk remains high. Since the index’s inception 20 years ago, the Novus Hedge Fund Universe has outperformed the S&P 500 by a spread of 182%.