Shorting in the Times of COVID-19

Checking in on how Smart Money responded to the Black Swan Event of COVID-19, using filings from the EU Short Selling Regulation 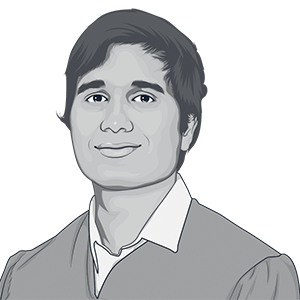 On March 13, 2020, the WHO declared Europe to be the epicenter of the COVID-19 pandemic as multiple countries across the continent were reporting steep increases in infections and deaths. While we’ve seen that title shift to the US over the course of the last month, Europe remains on the frontlines of the fight. Unlike US markets, which recovered under massive stimulus programs, European markets continue to struggle in their path to recovery amidst indecisiveness from EU leaders.

In response, are hedge funds increasing their short bets in Europe? Where are they placing bets? In this post, we answer these crucial questions (and more) by analyzing our European Short Portfolio, an aggregate portfolio tracking the daily short filings of over 250 European managers (European Short Disclosure Filings*).

The number of shorted positions (dotted line in Fig. 1) had decreased since the beginning of 2020, but then increased significantly in mid-March, aligning with the coronavirus’ European peak. Then, even as managers reduced the number of positions during the month of April, they continued to deploy an increasing amount of capital towards their top ten positions (solid line); a drift towards sizing up their favorite names and increasing concentration.

While short-only portfolios by nature tend to display strong returns when the market is down, let’s see if the results were consistent with previous downturns. In Figure 3, we calculate rolling returns for the portfolio and the two benchmarks using a three-month lookback over the last decade.

We see similar jumps in performance on four instances prior to March 2020—circled in red in Figure 3. Each coincides with notable market crashes. For the three drawdowns prior to 2018, the portfolio’s peak performance was around 14% on average, while the STOXX EURO 600 was down 7-10%. For the drawdown of Q4 2018, the portfolio returned around 21% and the STOXX EURO 600 was down 13%. These statistics pale in comparison to what we witnessed last month, when the European Short Portfolio was up approximately 38% compared to the STOXX EURO that stood at -24%.

In March, our European Short Portfolio and the EURO STOXX 600 had an approximately 42% overlap, wherein 253 of the 600 positions in the benchmark were also in the portfolio.

Let's break returns down by active and passive contribution to see how much of the performance was driven by market forces as opposed to individual securities. Figure 4 shows that the bulk of the contribution can be attributed to the market, which is consistent with three of the four previous drawdowns.

What is notable about the recent performance, however, is that 10 percentage points of the March 2020 returns were generated by active contribution; i.e., stock-picking skill. In absolute terms, this is the highest amount of security selection alpha the portfolio has seen in this entire time period.

The drawdown of March 2020 reflects that hedge funds were decently prepared in terms of the names they were holding in their short books. In March, our European Short Portfolio and the EURO STOXX 600 had an approximately 42% overlap, wherein 253 of the 600 positions in the benchmark were also in the portfolio. If we were to restrict both portfolios to only the common positions, the contribution of our short portfolio in March was approximately 1700 bps, while that of the index was around -580.

Exposure Drifts: What Changed in 2020

By the end of March, over 100 countries across the world had enforced a full or partial lockdown, affecting the lives of thousands of people and the global economy as a whole. As the consequences of these lockdowns begin to spill over into different parts of the economy, we can analyze how short exposure as a whole has shifted between sectors and countries.

Starting with sector, we see certain trends in Figure 6 that indicate shifts in exposures starting in March of 2020.

Information technology (IT) exposure appears to increase the most, but looking closer at the data, we actually see that this is primarily due to an increased exposure to a few select names; e.g., Blue Prism Group PLC (PRSM), whose stock price has historically been very sensitive to general market forces.

When we isolate the movements within Financials, Health Care, and Utilities, we see more drastic volatility (Figure 7), aligning with the peak of the crisis. All three of these sectors increased sharply before decreasing again towards the end of the month.

The same spike is present when we slice by region (Figure 8), indicating massive short exposure increases to Spain, Italy, and Germany, as well as reductions in exposure to France and the United Kingdom over the same time period.

While exposure trends in sector are largely driven by individual stocks and market movements, those in regions seem to indicate a more direct shift in investor sentiment as a result of COVID-19. Italy, Spain, and Germany witnessed their sharpest increases in number of infections and death tolls in mid to late March, while countries like the UK only pressed the panic button and locked down the economy towards the end of March. Figure 9 leverages publicly available COVID-19 data to support the theory that the sharp increases in shorting exposure to these specific countries were likely a result of increased concerns around the statistics emerging from these countries.

As shown in Figure 1, the number of positions in the portfolio peaked at 577 in March, and reduced to 542 as of April 20, which is the lowest the position count has been since 2017. Yet, as we noted earlier, this drop in position count has been inversely proportionate to an increase in concentration; indicating that, at an aggregate level, institutions are currently sizing up their favorite short bets.

Drilling down to the position level, the largest short interests are in several IT and Telecom names, such as Blue Prism Group PLC (PRSM), Vodafone Group PLC (VOD), and SAP SE (SAP). While funds are increasing their exposure to these names, we can see that the return spread from these specific securities is quite wide. The second table in Figure 10 juxtaposes this with the “best” shorts in the portfolio, which differs both in position names and sector.

This trend aligns with what we saw when we checked in on the portfolio in 2019. The most popular names on the short side are not necessarily the names that generate the lowest returns / highest alpha, which speaks to the difficult nature of shorting.

Are these top names fresh bets or have managers simply been sizing up their old favorites? Figure 11 determines the average position size on a rolling one month and three month lookback at three points in time: March 2020, May 2019 and December 2018. We see that with the exception of Blue Prism Group, the overlap between top shorts in December’18 and May’19 (highlighted in yellow) is a lot less than the overlap between top shorts in May’19 and March’20.

March has been a busy month for our managers on the short side, and the panic that COVID-19 has induced in the market was well reflected in our European Short Portfolio. However, as stated, we’ve seen a certain degree of "normality" return to the portfolio in April, with exposures on both the sector and geography breakdown returning to the levels they have typically been at historically. For most people, a return to normal life certainly sounds good right about now

*The European Union’s Short Disclosure requires any investor who trades in EU marketplaces (either through equities, swaps, CFDs, or other derivatives) to disclose short positions to local regulators when their position equal 0.2% of the outstanding shares (delta-adjusted when dealing with derivatives) of that issuance.

Novus gives clients the ability to explore this data through our Public Ownership module and also develop customized back-testing and investment strategies design based on the data.