Since hedge funds filed 13Fs last month, we've been analyzing the details of this volatile and riveting quarter. 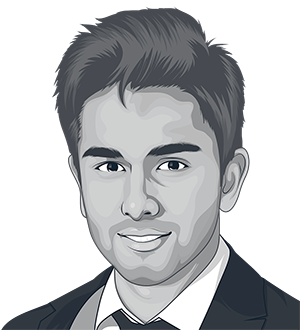 Tiger cub funds roamed the world picking up prizes during the last three months of 2018, with quants in hot pursuit. Their target? Veteran stalwarts in the Facebook, Apple, Amazon, Netflix and Alphabet’s Google (FAANG) family. In the midst of the bloodshed of a notable and prolonged sell-off that left few stocks unscathed, their performance stood out to the Novus research team.

Here, we’ll discuss what else emerged from the much-anticipated regulatory SEC 13F filings from last quarter. Novus provides clients with an even more thorough analysis, based on the Novus Hedge Fund Universe (HFU), a value weighted portfolio of over 1,500 carefully selected hedge fund (HF) managers.

Younglings Take On The Establishment – FAANGs, Fundamentals and Quants

Facebook, Apple, Amazon, Netflix and Alphabet’s Google (FAANG) stocks have long comprised the core of most hedge fund investment strategies. That faith was bolstered over the last few years by solid performances. The winning streak ended in 4Q18, with values dropping anywhere from 3% to 30%.

Viking increased its positions in Facebook, Amazon and Netflix by 3.2M, 0.48M and 2.44M respectively, while Lone Pine stockpiled Facebook and Amazon stocks with purchases of 2.81M and 0.39M.

The one pariah in this buying spree? While heavily investing in Facebook and Amazon, Lone Pine divested themselves of $1B worth of Alphabet stock.

Quants also capitalized on discount deals, with their sights trained on Apple Renaissance, D.E. Shaw and Citadel all took a bite out of the core with purchases of 2.76M, 1.94M and 1.36M each. Not to be outdone, Two Sigma outbid all of them with 2.86M in shiny new Amazon shares. Citadel followed in their tracks with 1.01M of prime positions.

Adding to the platelet count in a bloody quarter, hedge funds saw an outflow of $42.3M. Industry tracker BarclayHedge called the withdrawals the largest in the prior five years.

Hedge funds are well known for leveraging a variety of tools designed to mitigate risk during extremely volatile environments such as the one generated during the entire fourth quarter of 2018. One of these strategies includes lowering their position sizes. Even while actively managing risk in 4Q18, funds did not compromise on their conviction bets as we saw a generally stable position count throughout the months of mayhem.

Funds including Coatue, Tiger Management, Soroban Capital Partners, and Ratan Capital all experienced sharp declines in portfolio market values. Glenview was particularly stark, with the market value decreasing from 15.5B to 10.7B. The drop was due to both portfolio de-risking and performance detraction.

Viking Global Investors was a stand out for stellar risk management with a market value increase of $1.5B while concentrating the fund from 68 down to 61 securities (Link).

Warren Buffet is a name that turns heads even outside his traditional market sectors. Hedge fund managers took note when reports broke that Berkshire Hathaway exited a $2B stake encompassing approximately 41M shares, only one quarter after some major purchases. The unexpected change of course sent the stock dropping.

The biggest Buffet bail? Was a reduction in Apple holdings by 1.14%. This drop coincided with Apple stock dropping by 30% in the fourth quarter. Despite the surprise selling, Berkshire vice chairman Charlie Munger has indicated that company long-term strategic investment in Apple remains unchanged.

Berkshire is renowned for its loyalty to long-term strategic investments in companies—their uncharacteristic fourth quarter change of course has driven more attention to the recent portfolio reallocation.

The Buffet name did not render Berkshire bulletproof from overall industry losses, with a (simulated) yearly loss of 13.5%, and a drop of 17% for the fourth quarter.

Anaplan sells business planning software as a service (SaaS) alongside Oracle in the San Francisco bay area. With over 1,000 customers worldwide, the stock was snatched up by eighteen hedge funds. The acquisition leader was Coatue, followed by Citadel and Alta Park Capital acquiring 9.06M, 1.63M and 0.55M shares each. Heavy buying has pushed the stock up 65% since its IPO.

StoneCo arrived as a surprise given that the headquarters and client base are located in Brazil. The company provides financial technology solutions via a digital payments service for small businesses grappling with the challenging Brazilian geography and banking infrastructure.

There were 28 new hedge fund investments with Tiger Global, Steadfast, Discovery and Lone Pine making the biggest buys at 10.6M, 4.37M, 4.05M, and 3.12M each. StoneCo stock performance has been disappointing compared with the simultaneous ascent of Anaplan, with the price stagnating at $30.2 after an initial IPO at $28.69.

After a standout 2018 debut heralded by heavy hedge fund buying, Spotify changed course following its April IPO. The fourth quarter brought a number of exits from the stock, with notable sellers Jericho Capital Asset Management, Point72 Asset Management and Highline Capital Management. Tiger Management continued to anchor the stock as the biggest stakeholder by maintaining its position at 12.8M.