How Marshall Wace Made €5 Million on a Single Soccer Bet 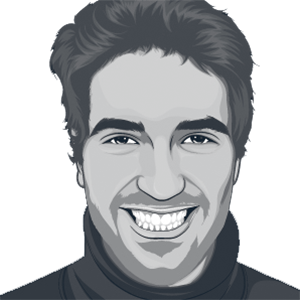 “A football club should not be seen either primarily, or even secondarily, as a means of making money.”

Perhaps it’s a tertiary motivation for Paul Marshall, but he knows better than anyone that there is money to be made in football.

London-based hedge fund Marshall Wace is a global alternative investment manager specializing in long/short equity. As one of the world’s largest alternative asset managers, they combine fundamental investing with systematic and quantitative strategies to deliver returns from a range of investment solutions—including football.

In the summer of 2017, Marshall Wace executed one the most successful shorts in recent athletic history. They shorted the Juventus stock right before the European Champions League Final.

But let’s back up.

As success after success was mounting, the stock value of Juventus Football Club followed suit and rose dramatically. Meanwhile, Juventus was approaching the Champions League Final – a match that the team had historically lost six times.

At the apex of the team’s performance, Marshall Wace shorted Juventus Football Club stock for €10 million.

On June 3, Juventus played the Final of the European Champions League and lost (4 – 1) to Real Madrid. Juventus Football Club stock dropped 15 percent on Monday after the match. This means Marshall Wace made €1.25 million on a football bet in four days.

On June 6, Marshall Wace filed a new sizing of the position reaching a 1.5% of the shares outstanding to follow the momentum.

Marshall Wace gradually started reducing the short exposure from June 12 onward. A simulated Profit & Loss from that single position shows Marshall Wace made around €5 Million on this football bet in total.

By taking a step back and viewing the 1-year stock performance of Juventus Football Club, you can appreciate the impressive nature of this short.

The information and the holdings data used for the simulation are completely public and are disclosed via the ESMA short selling regulation: “EU Regulation on Short Selling and certain aspects of credit default swaps” N 236/2012.

Novus aggregates these daily public filings and makes them accessible for investors.