How to Improve Position Sizing in 5 Charts

Read our latest article to learn how managers can improve position sizing through historical analysis on the Novus platform. 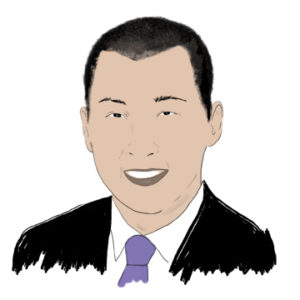 In a previous paper, we explored five common mistakes that active managers are prone to make. Each of these errors coincidentally are also opportunities for managers to add value over passive investments. Since an active manager’s value proposition is largely an amalgamation of the manager’s skill sets, as passive investments grow in popularity, it is even more important to articulate and improve all aspects of active decision making. This post will introduce some ways to think about position sizing – or the ability of a manager to generate excess return by properly sizing their positions — especially through the Novus platform.

As with measuring any type of performance or skill, we can begin by comparing it to a relevant benchmark. For position sizing, we look at the actual return of the portfolio against a benchmark that equally weights the underlying positions, where the differential between that two is the value added (or detracted) from position sizing.

For the purpose of illustrating the concepts, we simply use a theoretical portfolio based on mock positions to simulate an equity long/short portfolio, and the analysis period considered is January 2010 to April 2015 for all the notes below.

This hypothetical manager’s return against an equal-weighted portfolio tells us that by sizing up certain positions and down others, this manager generated an extra ~1200 bps of return over the hypothetical performance if they had equally weighted their positions. To understand how this was achieved, we can bucket underlying positions into different buckets by position size and look into attribution characteristics.

To get a better sense for capital deployment and whether positions were efficiently sized, we can adjust for the effect that exposure has on P&L by comparing the annualized Return on Invested Capital (ROIC).

The annualized ROIC chart above confirms that the 3.5%-5.0% position size bucket experienced the best return profile. It also shows that as position size increases, the ROIC generally improves – an encouraging observation that larger positions are associated with higher return profiles. On the flip side, smaller positions had worse returns – as seen in the cumulative contribution chart earlier, positions how small positions oftentimes diminish returns in a previous article here).

Interestingly, the 5.0%-7.5% positions experienced lower ROIC than all the position size buckets that fell between 1.5% and 5.0%. Because positions may move into the 5.0%-7.5% bucket from organic price movements or conscious decisions to add exposure to those names, this can be a combination of 1) winning names growing in position size from organic growth in market value, and 2) the manager consciously sizing up positions with lower subsequent returns. While the latter tends to be rooted in research and conviction, the former may pass unnoticed more easily.

Of course, one might object that return is only half the story, as it misses an important consideration – risk. In the next section we explore some ways to adjust for risk considerations.

Though any one measure of risk is imperfect, we can begin by considering 3 proxies for realized risk, 1) the exposure (% of portfolio) of the position size bucket, 2) % of risk (% contribution to overall portfolio volatility), and 3) realized volatility.

Having more than one metric for risk provides additional ways to confirm a pattern and different lenses for understanding return/risk ratios. Contribution / average exposure has the lowest ratios across the 3 metrics and understandably so – using exposure as a proxy for risk is the harshest of the measures (if the contribution is positive), as it takes risk to be the maximum possible loss (as estimated by average exposure).

Between the middle graph (% of contribution / % of risk) and the rightmost comparison (contribution / realized volatility), the former takes into account correlation with portfolio returns, while the latter considers volatility independently.

As these metrics provide checks against each other, together they help confirm the general upward trend that larger positions experienced better return/risk ratios. Even though it was the 2.0%-3.5% positions that cumulatively contributed the most P&L as seen earlier, it was the 3.5%-5.0% positions that provided the best risk-adjusted returns, similar to the ROIC distribution in the last section.

To add value from sizing, naturally one would want to size up positions with the best return/risk ratio. But when larger position size buckets have experienced better risk/reward (as is the case in this example), will decreasing exposure to small positions improve future returns? Similar to the concept in portfolio theory, to achieve a target level of return it’s better to lever up (add exposure to) the positions with better risk/return than to hold the positions that match target return but contain unwanted risk. Assuming that the current distribution risk/return by position size will remain similar in the future, a manager can add exposure to the best risk/reward buckets while decreasing exposure to the worst buckets to improve both expected return and risk, with some caveats.

When the portfolio moves into larger position size buckets, the first caveats that come to mind include: a) liquidity might deteriorate, especially if the best risk/reward ideas are in smaller market caps, b) concentration increases which amplifies the cost of mistakes but also the reward of good ideas, and c) decreasing number of positions can diminish diversification, especially if existing positions are correlated to each other. All three of the caveats here build up potential future portfolio volatility – intuitively, conviction raises the stakes and relies more on being right.

The hardest part about sizing is obviously projecting expected risk/return through quality research and adjusting position sizes accordingly. But without the tools and the framework to understand which decisions were made for the right reasons, it is more difficult to persistently add value through position sizing. The Novus platform provides clients with the tools and analysis to help them improve their skillsets, which ultimately translates into consistent returns in the long run.