Alpha Mean-Reversion: Is it the Right Time to Invest?

Our thesis is that if hedge fund Alpha tends to reverse to a stable historical mean, we may be in the next Alpha inflection point. 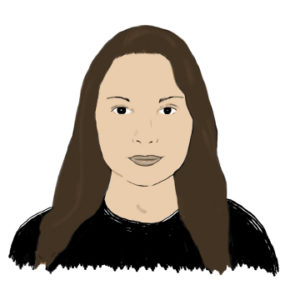 Over the last few months broader equity markets have reversed course. Many wonder how long this upward trend will be sustained. While the S&P recovers from a TTM low and market participants try to predict the next Fed move, Novus has been studying how hedge funds have coped with distress among crowdedness concerns. We look at rolling Alpha in the hedge fund industry in order to identify investment opportunities after one of the worst alpha drawdowns for managers in recent years. Our thesis is that if hedge fund Alpha tends to reverse to a stable historical mean, we may be in the next Alpha inflection point.

Our Hedge Fund Universe (HFU) database includes around 1200 managers. Thanks to public filings we are able to simulate their historical performance. But more importantly, we can identify the long Alpha generated by these managers on a daily and monthly basis. Our data is limited to regulatory thresholds and filing requirements.

Once in possession of the data, we shall consider how to best utilize it. On the one hand, return-based analyses do not offer a complete picture of a hedge fund’s skills. On the other hand, investors constantly look for managers that are able to bring back consistent excess return. We have previously studied and written about why consistent security selection is one of the key metrics to watch, even if not the only one.

“Consistent” is the key word here. There are many cases of managers that outperform just to close down some years later. There is also plenty of literature around hedge fund turnover: the non-stop increase in the rate of new shops in the last few years highlights the degree of competition among peers. More recently, discussions have been centered on hedge fund hotels and how crowdedness has a negative spillover effect in the industry in moments of market distress. Let’s look at the numbers.

To put some numbers into the picture, in the below graph we are presenting monthly Alpha data of the HFU, along with the 12-month moving average. We have defined Alpha as the sum of security selection and trading contribution.

Although Alpha was more volatile during and before the ’08 crisis, the TTM average Alpha has been fluctuating close to the X axis. Not surprisingly, as of February 2016 the 12-month rolling Alpha is at its lowest since the financial crisis.

Many of our clients have been inquiring about mean-reversion. Although mean-reversion is relevant for many factors, here we are interested in understanding how it applies to Alpha over time. Is the hedge fund industry generating Alpha in a consistent way? Can we expect a reversion to any historical trend?

The first question has a clear answer: the hedge fund industry is not generating more Alpha on a rolling basis that 10 years ago. Alpha has not been consistent. All the opposite—we are in one of the worst Alpha drawdowns of the last decade.

The historical monthly average Alpha is 0.21%. As expected, market distress has negatively impacted Alpha generation in the past. The positive note is that hedge funds have been able to regain lost ground fast enough. In the following graph we have plotted the historical Alpha mean against the difference between monthly Alpha and the mean. In addition, we have added the year-over-year Alpha average. Noteworthy is the fact that the average yearly Alpha has been below the mean for 2 consecutive years (plus the first two months of 2016). To put it in context, average Alpha has never been negative for two consecutive years until now.

Although not a zero-sum game, the standard deviation of the HFU Alpha has been decreasing since the start of the century.

Alpha has been negative for the last 9 months. It is the worst Alpha drawdown for the hedge fund industry since the financial crisis, and the second worst since 1999.

The following table summarizes historical Alpha drawdowns. The end date is the last month of consecutive negative Alpha, and the length is the number of consecutive months that Alpha was negative.

With the second worst Alpha drawdown in the last decade, one could only wonder what this means to investors: is it increasingly more difficult to deliver superior returns as more players come into the market? Is mean-reversion only a reality check to keep investing in alternative assets? Is it now the time to increase allocation to hedge funds?

Further research will look at:

Whether you are an endowment, a pension plan or a hedge fund IR marketer, there are conclusions to derive and action points to consider from the Alpha trend in the HF industry over the last year. Alpha has been increasingly more difficult to generate in a consistent way, especially since the financial crisis. While the mean deviation of Alpha has slowly but steadily decreased, there is high potential for Alpha mean reversion in the next few months—the second worst drawdown of the century may be coming to an end.