2014: The Worst Year Ever for Hedge Funds

2014 was arguably the worst year ever to be invested in a hedge fund. Such times lead to increased scrutiny into a portfolio manager's skills. 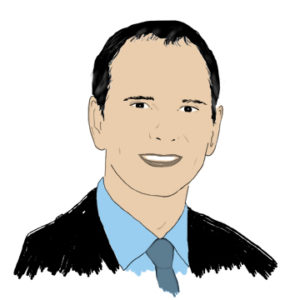 The cannons don’t thunder, there’s nothing to plunder

– Jimmy Buffett, A Pirate Looks at 40

Warren Buffett (reportedly a distant cousin of Jimmy Buffett) once said that his ascension into the ranks of the world’s richest people couldn’t have occurred without being born in the United States during the twentieth century.  His ability to allocate capital, a talent he possesses arguably in excess of any of his peers, could not have been exercised without living in a society which values that skill.  As he says, “If I’d been born into a tribe of hunters, this talent of mine would be pretty worthless.  (Instead of being rich,) I’d probably end up as some wild animal’s dinner.”

It wouldn’t do much good for a skilled sword-fisherman to live in Iowa, a Sherpa to reside in Bermuda, nor to be an elite typewriter repairman anywhere.  Those, of course, are extreme examples of skills being comically mismatched with their environment or entirely obsolete, but what about the more subtle case of one’s skill-set diminishing in value?  Running backs used to be valued on a par with quarterbacks in the NFL.  But with the advent of the West Coast offense which essentially turned the short passing game into long handoffs to wide receivers, as well as rule changes inhibiting both pass rushers and pass defenders, the running back has nowhere near the influence on a team’s offense that he did one or two generations ago.  He’s not quite obsolete – all NFL teams still field running backs – but in the NFL today running backs makes less on average than defensive tackles.  He’s virtually a commodity.

Portfolio managers have skills too, and despite the fact that it’s rarely looked at this way, those skills, especially for those who work at hedge funds, vary in value from year-to-year.  During the final quarter of 2014 there was lots of chatter in the financial press about hedge funds, their fees, and split opinions as to whether CALPERS had made a wise choice to excise alternative investments from its portfolio or whether they were, in the words of Anthony Scaramucci writing in Barron’s (“In Defense of Hedge Funds”), exiting the space “at exactly the wrong time.”  Yet a lot of those discussions miss a salient fact:  From the perspective of value-of-skills-in-the-marketplace, 2014 was arguably the worst year ever to manage a hedge fund or to be invested in one.

On the surface, it wouldn’t appear that way.  After all, it looks like everyone should be happy in 2014.  The stock market (as measured by the total return of the SPX) rose for the sixth year in a row, it hit more daily all-time highs (53) than any year on record, and with a near 14% total return on top of last year’s 32% return, the annualized 10-year total return of the S&P 500 is nearly 8% — the threshold of self-sufficiency for many pension plans.  That’s a remarkable achievement considering it includes a 37% drop in calendar year 2008 and a far worse peak-to-trough drop through the multi-year financial crisis.

Yet, hedge funds find themselves under fire from a number of different directions.

Even in the era of (virtually) no-cost, passive investing which casts doubt upon the collective value of long-only mutual fund complexes, there is still academic support for the value of hedge funds in an investment portfolio.  An examination of the risk-adjusted returns possible with hedge funds and the location of portfolios on the “efficient frontier” with-and-without hedge funds is beyond the scope of this piece, but we can examine the tools a hedge fund’s portfolio manager can employ that a passive investor cannot.  (For our purposes, we will limit this discussion to the world of equity investing.)  It is these tools which provide the asset class of hedge funds with the theoretical value justifying its existence.

There has always been a bit of aura around hedge funds but the reality is quite simple and shouldn’t be shrouded in mystery.  Frankly, although we can create sub-categories of each, there are really only three dials that a hedge fund manager can access to outperform a passive ETF indexed to a benchmark.  1) The passive vehicle is 100% invested at all times.  Therefore, a portfolio manager can create value by adjusting net exposure to the market on a tactical basis.  2) A portfolio manager does not have to own every security in a passive vehicle and, in fact, can invest in companies that are not even in the benchmark.  3) The weightings in an ETF are fixed, and even in the case of cap-weighted indices, if viewed in slices, something close to evenly-weighted.  A hedge fund, however, can vary the size of its positions to create value even if all of its holdings are included in the passive fund.

Exposure Management.  Security Selection.  Position Sizing.  That’s it.  Those are the three areas in which a portfolio manager can possess skills that may provide value over a passively-run portfolio.  Without expertise in at least one of those three areas, it’s impossible for a hedge fund to justify its existence – and that’s before fees are even considered.  Each of those skills can be activated either in isolation or in tandem with one or both of the other skills.  Hedge funds, of course, charge their investors for these skills, in the form of both a fixed management fee and a variable incentive fee.  The fees charged attract a lot of scrutiny but again, it misses a larger point: What’s the value of each skill?

Fees may be too high, structured inefficiently, etc. but we’re not going to address that here.  We’ll simply examine if the intrinsic value of those three skills – of which a hedge fund manager must possess at least one – is rising or falling in the 2014 market environment.  For hedge funds it’s a sobering study; all three skills, like an Earl Campbell-style running back in today’s NFL, had historically low value over the last year.

In a series of posts, we’ll take a look at each of these skills separately and examine their value within the context of 2014’s market environment.