Insights from the European Short Disclosure Regulation (ESMA). Using daily filings, we track around €50 bn in short investment across 250+ managers. 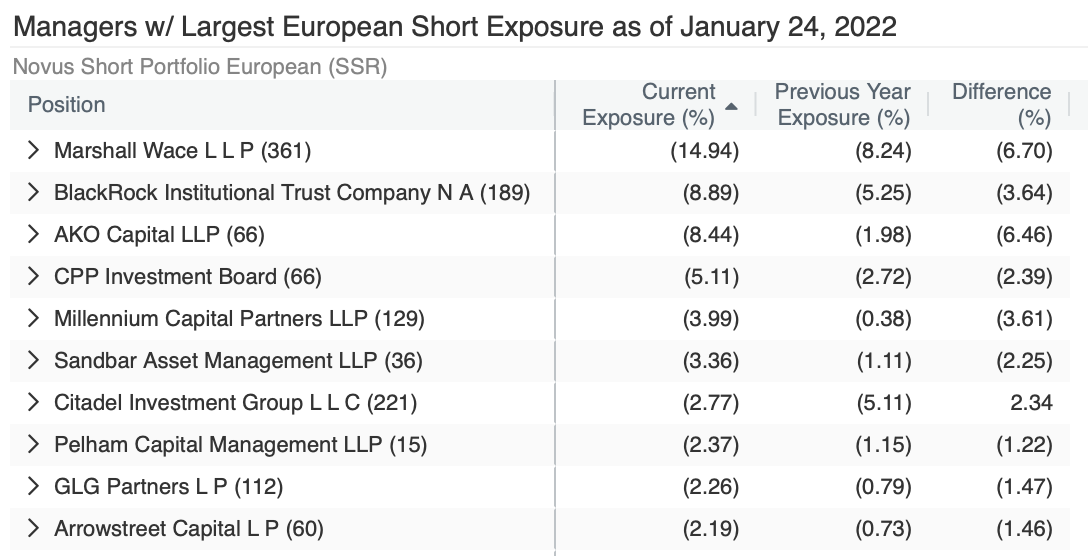 It's a stretch to call any major hedge fund bullish at the moment, but consider Citatel Investment Group. Of the 10 funds with the greatest short exposure to the European market, Citadel is the only one which is less bearish today than it was a year ago. It's still 2.77% short, but that's nowhere near the negative 5.11% it was 12 months earlier.

Specifically, it has reversed course most dramatically on Cellnex Telecom, Encavis, Be Semiconductor Industries, Heidelbergcement and Neoen. Bold-name companies for whichCitadel has also dialed down its negative view include Intercontinental Hotels Group, Renault, Deutsche Lufthansa, Hugo Boss, Pearson and Air France-KLM. Offsetting these moves to some degree are increasingly bearish positions on Novozymes, International Consolidated Airlines, Umicore and Eurofins Scientific.